Swappa is an online marketplace for consumer tech. Customers become power users thanks to a curated catalog, active support, and bold price transparency.

Swappa's success exposed the seams of its company identity. It wasn't a small market for smartphones anymore, despite what the logo said. Our challenge was to redefine Swappa’s brand with growth in mind. The resulting system upholds the team's vision and generates new energy for "newish" electronics.

The Swappa team and its community "bleed green." The term represents the helping hands offered between coworkers. It also describes the help given to and between buyers and sellers. We upcycled the circular design for the mark to show both the sharing of used tech and the flow of help moving through different hands. 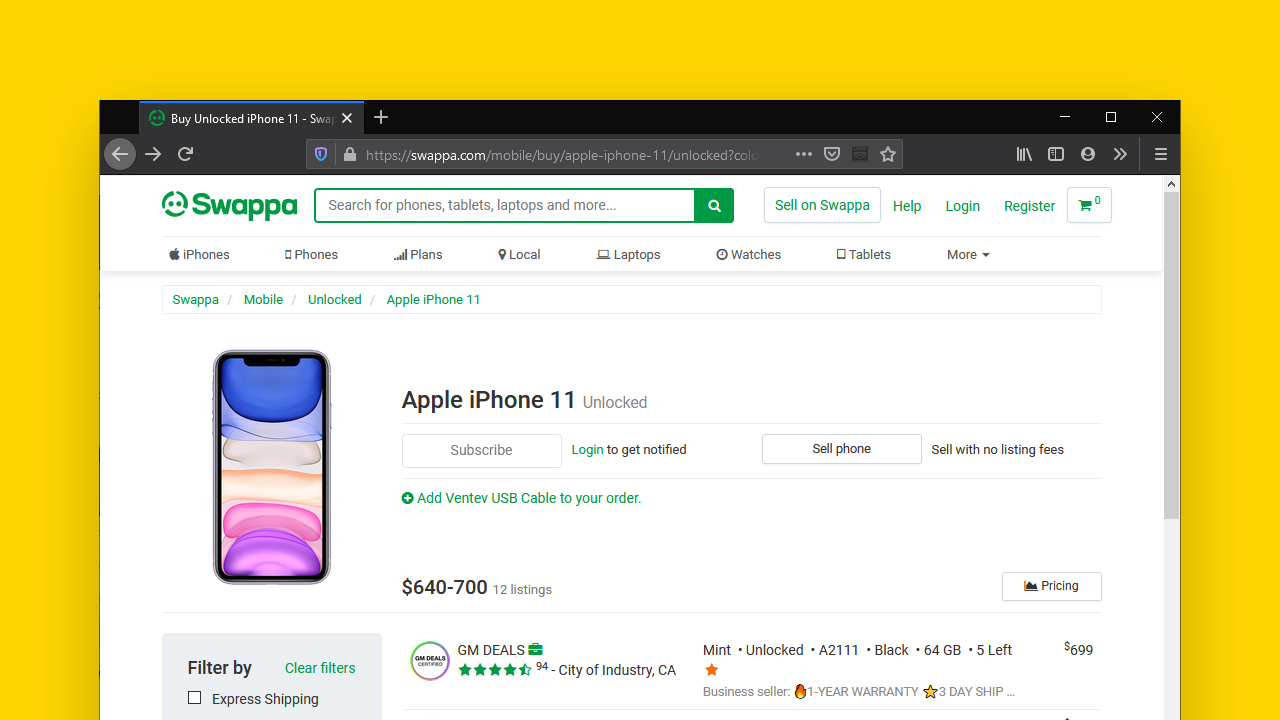 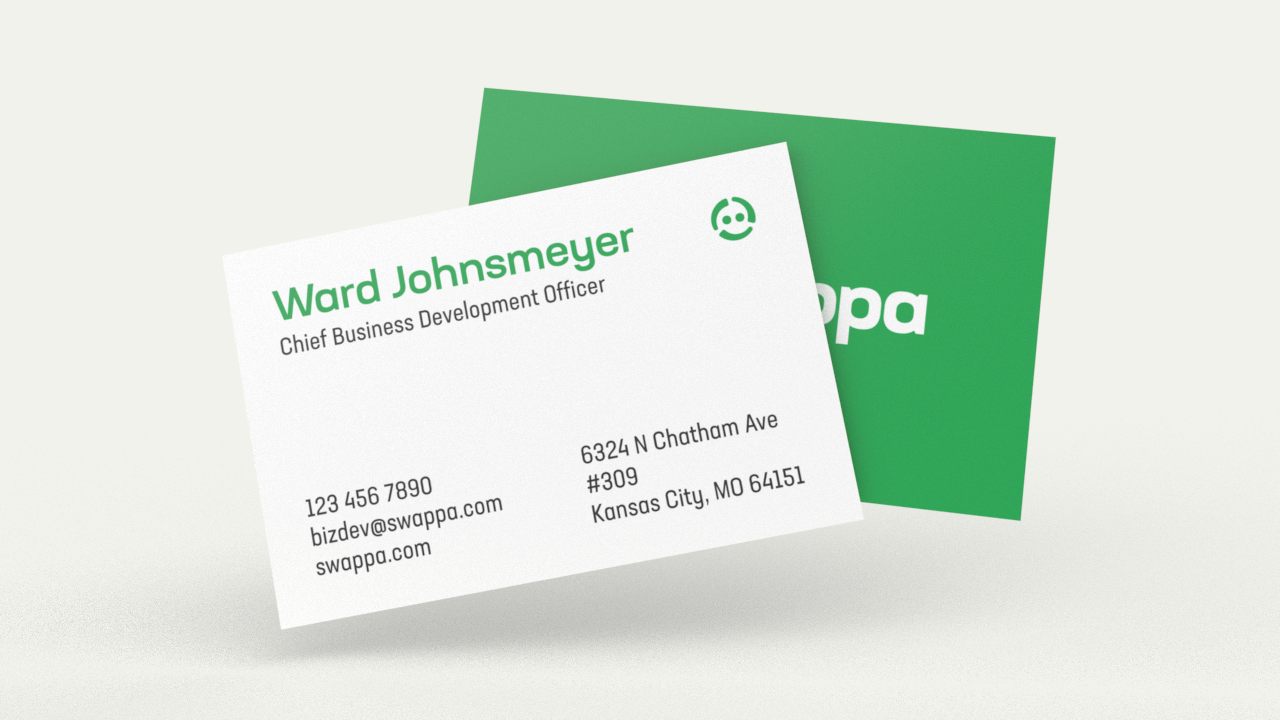 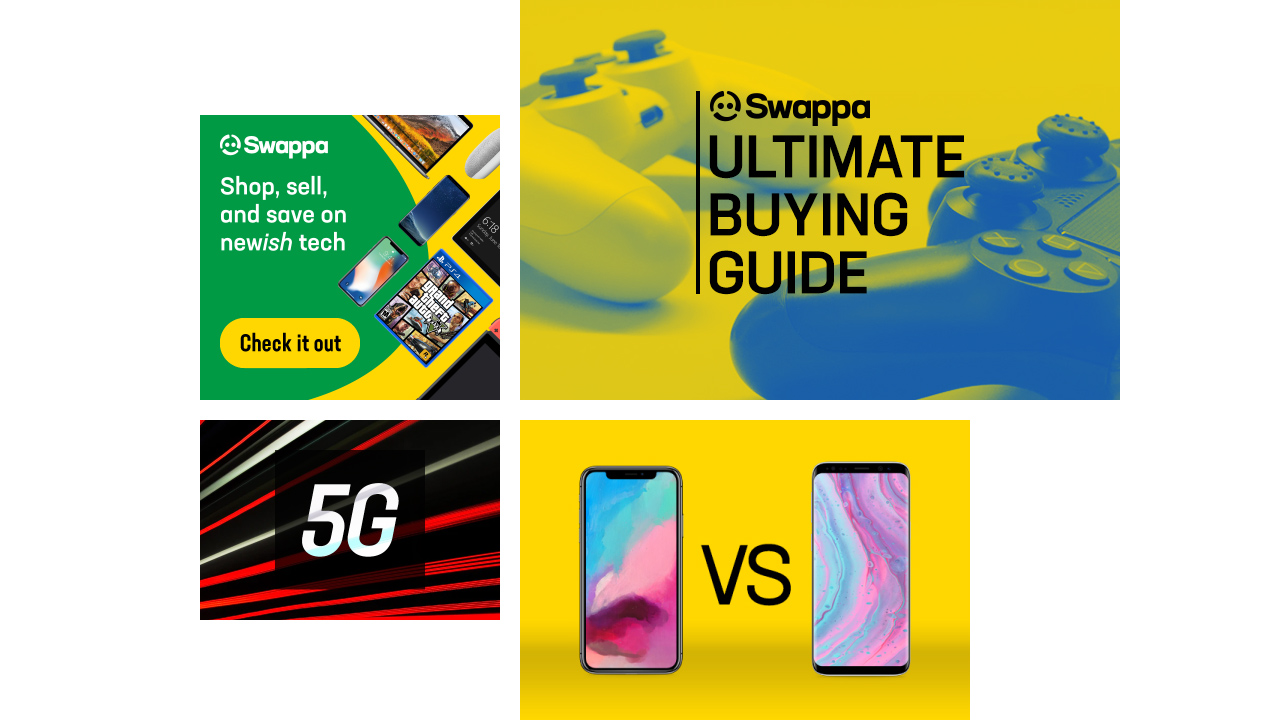 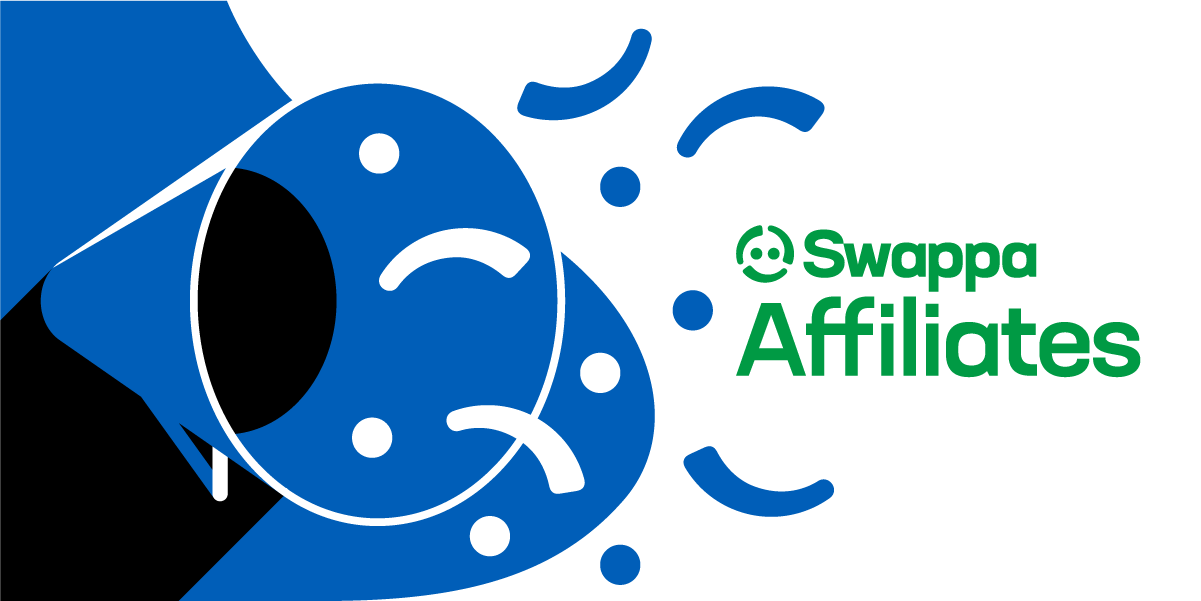 The Sprite is both a mark and mascot of sorts - an idea the Swappa team enjoyed. Named after video game graphics, the Sprite can express a variety of emotions from its eyes and shape.

Even used tech is new to its next owner. We celebrated the moment of “unboxing” with a confetti motif built from the Sprite’s core shapes. 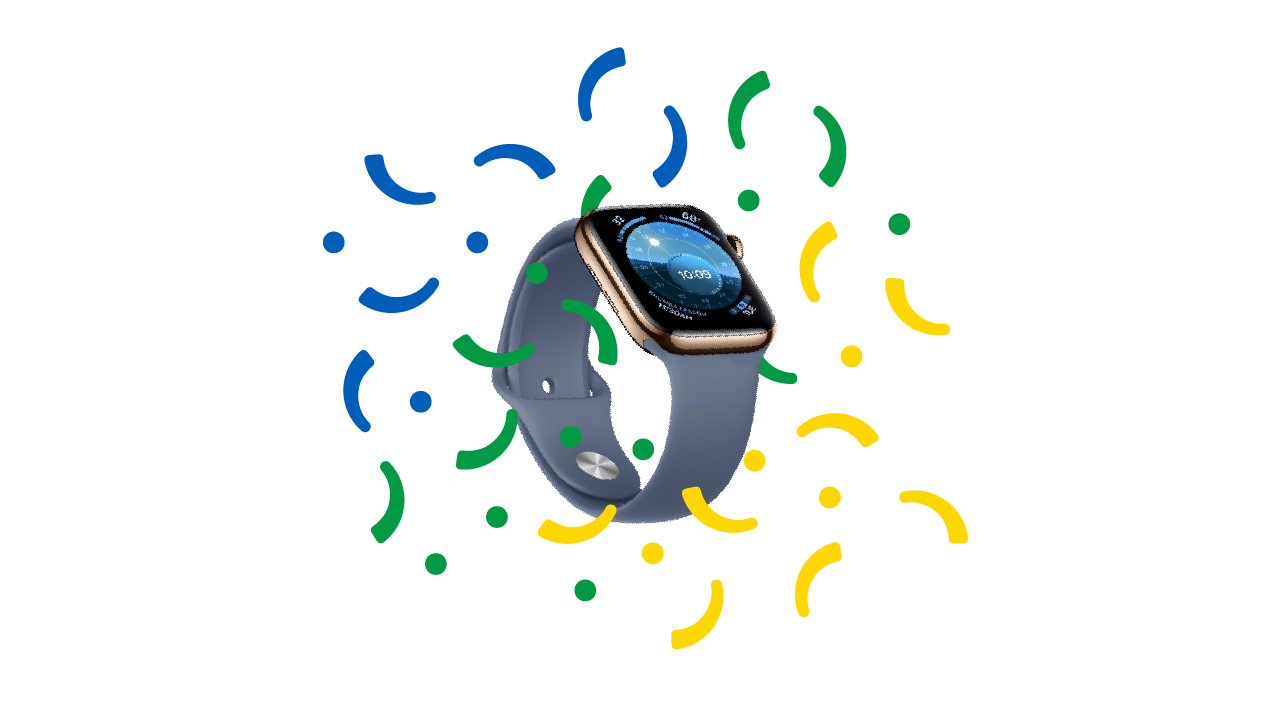