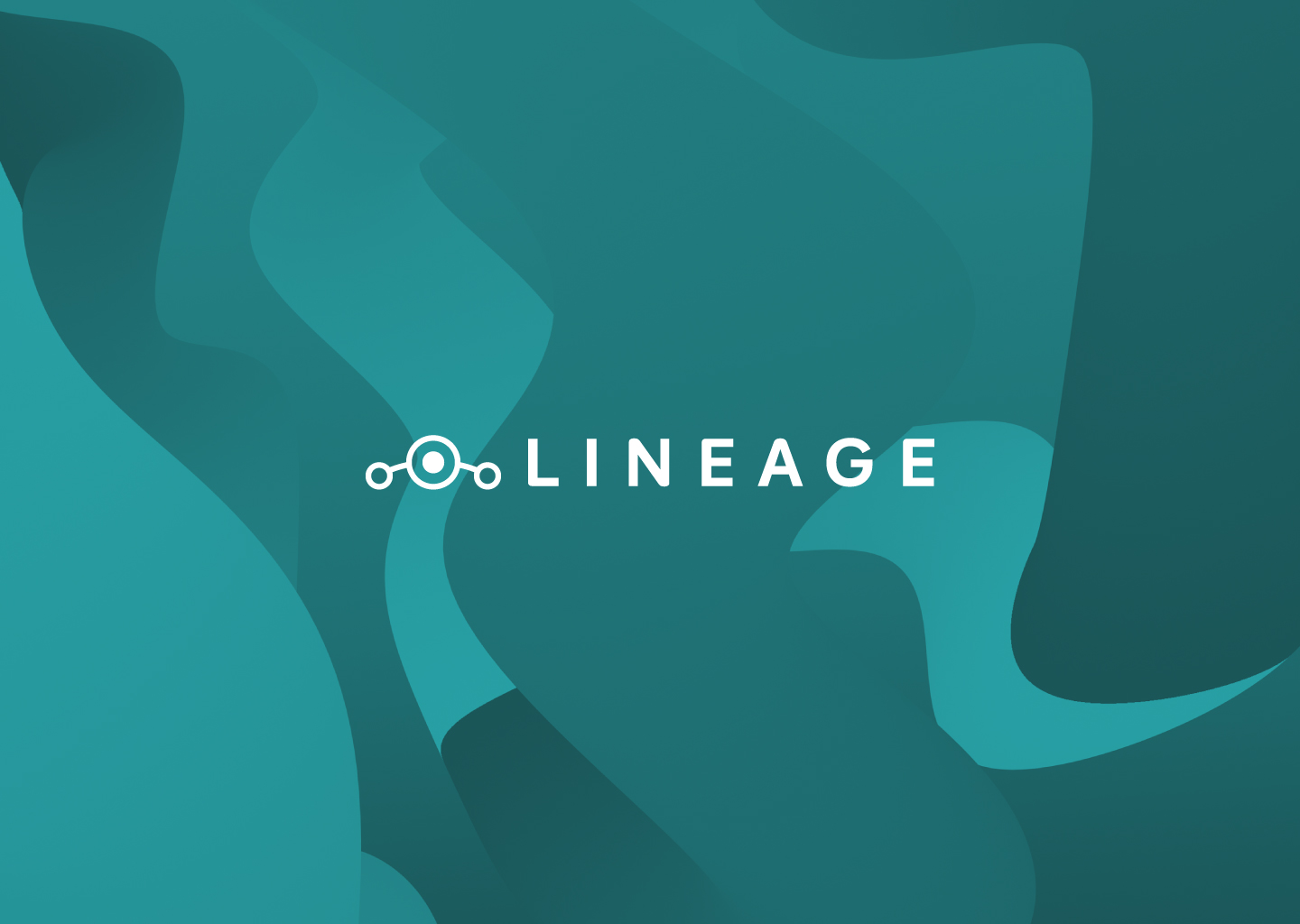 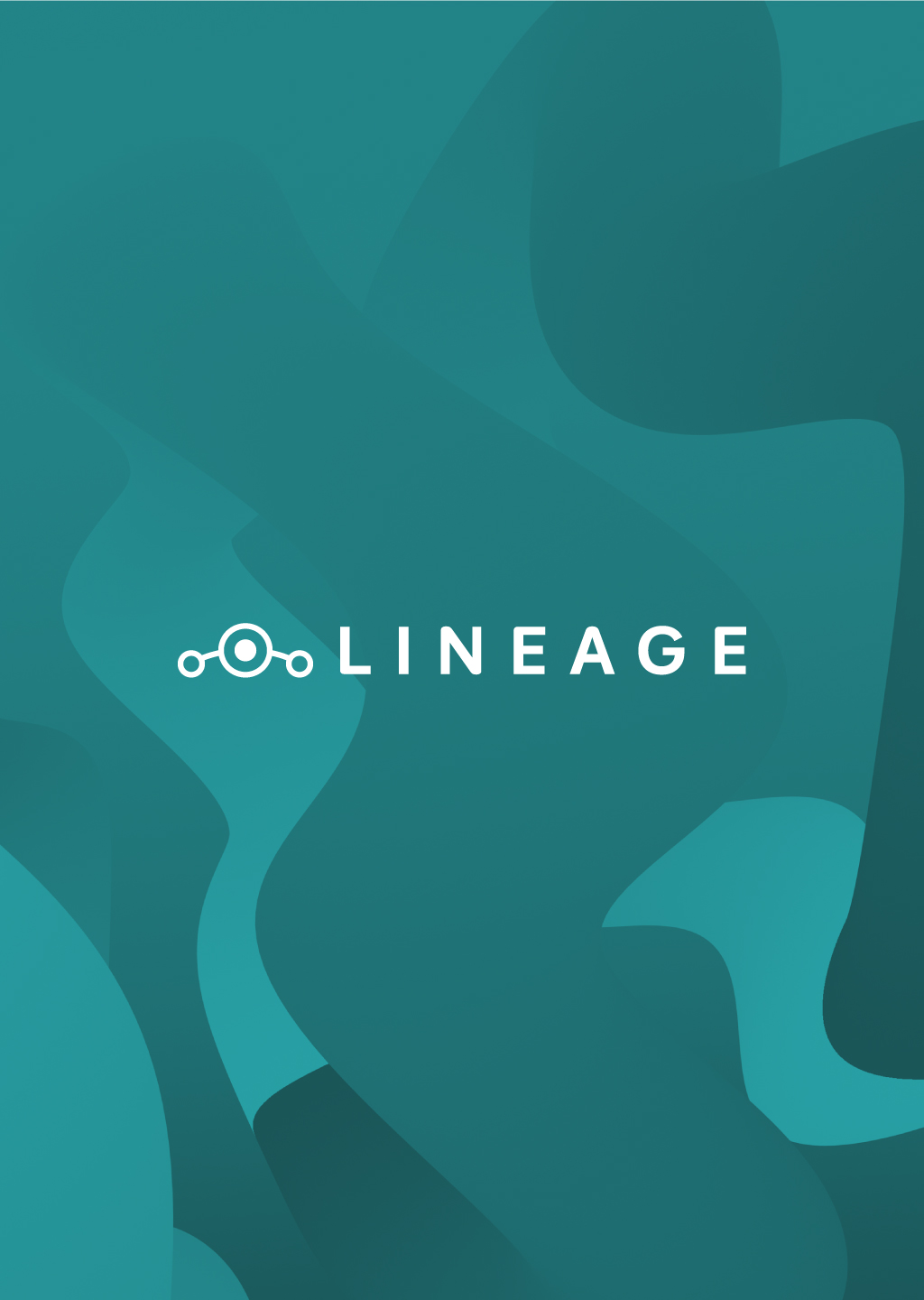 A brand identity to help solidify the project's next evolution

Taking inspiration from the community, its legacy, and its future

The unfortunate pivot of Cyanogen, Inc. left a very large base of CyanogenMod users and project contributors with questions of if and how their OS of choice would continue. Leaders of the open source project, on which the commercial venture was based, decided that work would go on, but they could not do it under their old name. CyanogenMod - “CM” for short - was owned by the company.

Among the scramble of server migration, resource shifts, and reorganization, the core CM team decided on a new name: Lineage OS. It referred to the history of the project but was light on other details. I was brought in to help the team define a deeper mission and identity for the project.

Having direct access to leadership, contributors, and users meant lots of discussion from start to finish. In the spirit of open source, we started a new open channel for the project in the giant project Slack workspace. Anyone could see the ongoing discussion.

I already had a strong initial impression of the community’s values as a longtime member, but I felt having some guiding definition on paper would benefit everyone. I began the process by establishing a set of brand pillars that would help the team with project direction, while guiding the eventual identity creation. Working with the leaders and other team members, we settled on four:

Extend the functionality and lifespan of mobile devices

Customization is essential to comfort and productivity. Lineage promises to push for user personalization and preference.

Innovation can spawn from anyone, so our success is measured by the diversity and inclusivity of our contributors.

Along with the pillars, the demographic of the project - on both the user and contributor size, was largely male, 15 - 35 in age, with a multicultural background. The community is international, with the majority countries being India, China, Brazil, Russia, and Germany. Interests ranged but technology and subcultures in gaming, hackerspaces, and hobby activities were common themes.

Inspired by the collected data, I explored a variety of areas for inspiration, many of which were technical in nature. Being a derivative of Android, Lineage is a highly complex project. This balance of technical understanding and community engagement was a core element to the design of Lineage’s identity. 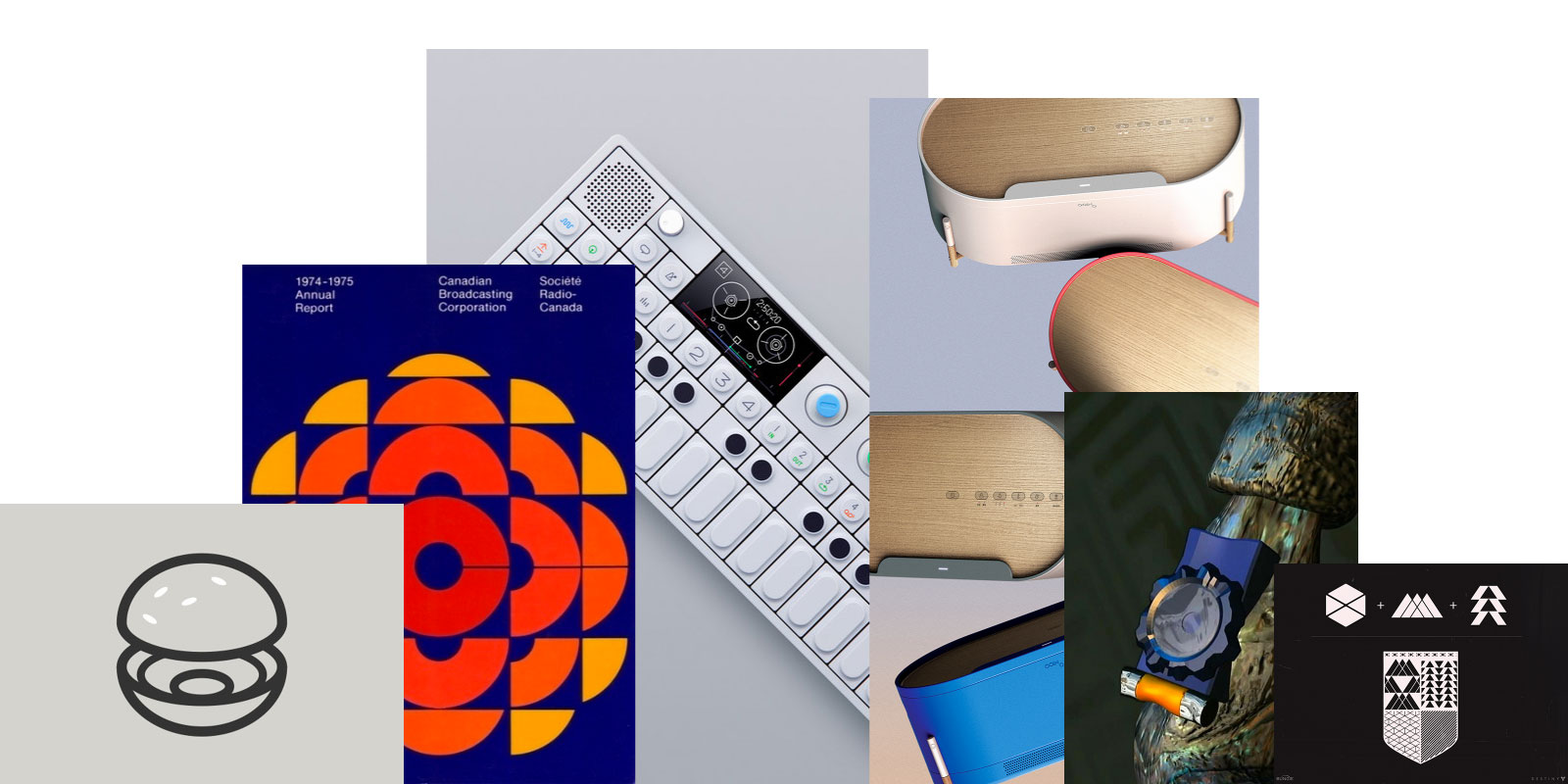 A proposal document and moodboard were drafted to explain the visual direction the Lineage identity would take. Discussion and feedback were helpful to focus my design efforts, but the team quickly bought into the initial work. A sample of the document is below:

A Nordic style was chosen as the base for Lineage's visual mood. Its mixture of forward-thinking design with natural materials fit the project's outlook, while its light base and subdued but open view of color is comfortable, safe, and inviting.

Combining these elements gives Lineage a welcoming appearance that doesn't hide its nature behind a veil; it instead presents the project's work in pure form and invites the curiosity of new contributors and users alike. 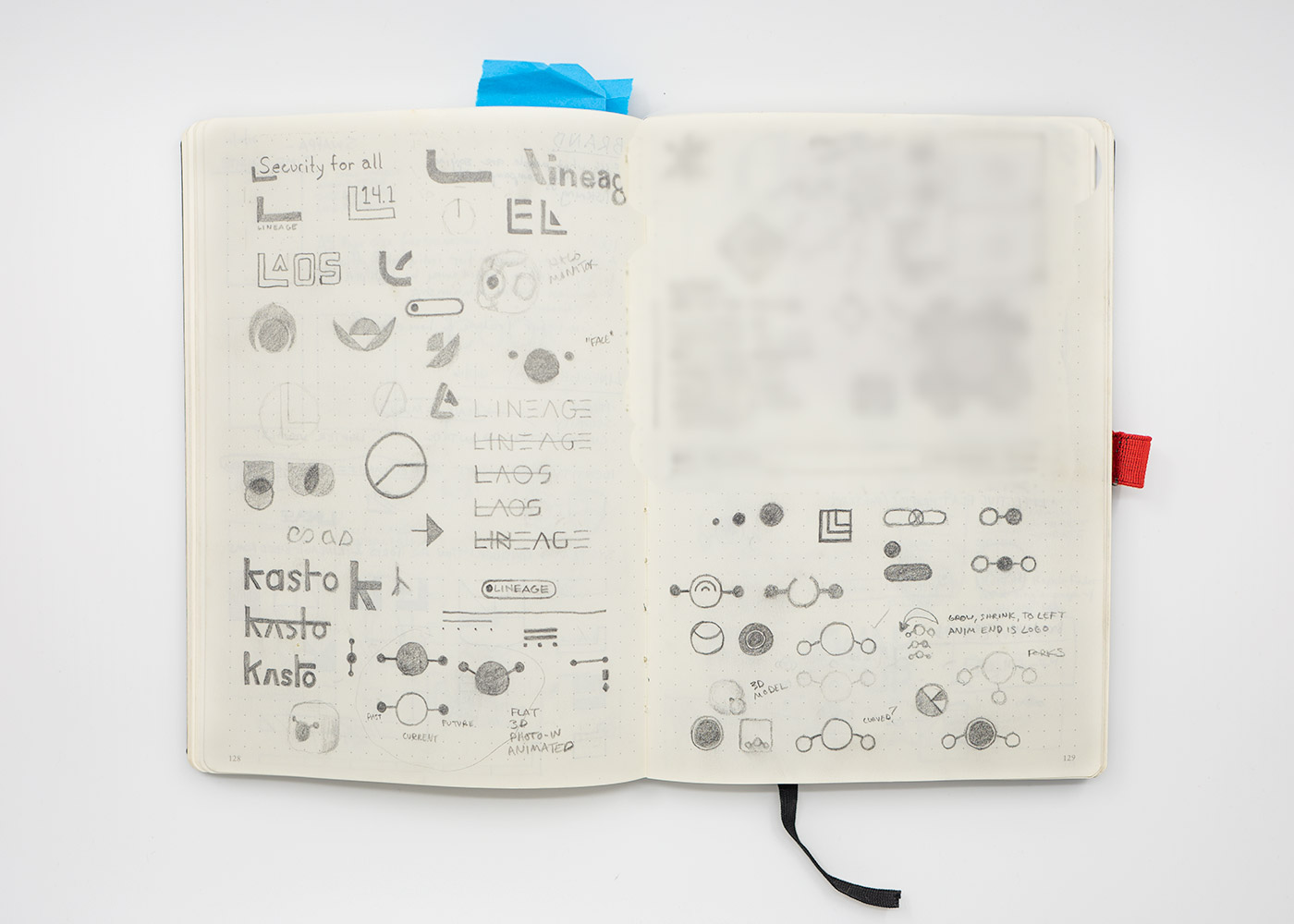 With the team on board, drafting began. Explorations started with geometric representations of the brand pillars, the letterforms from the name, and abstract shapes with a mix of technical and communal contexts. The proposed direction, however, drew from the story behind the project's new name. 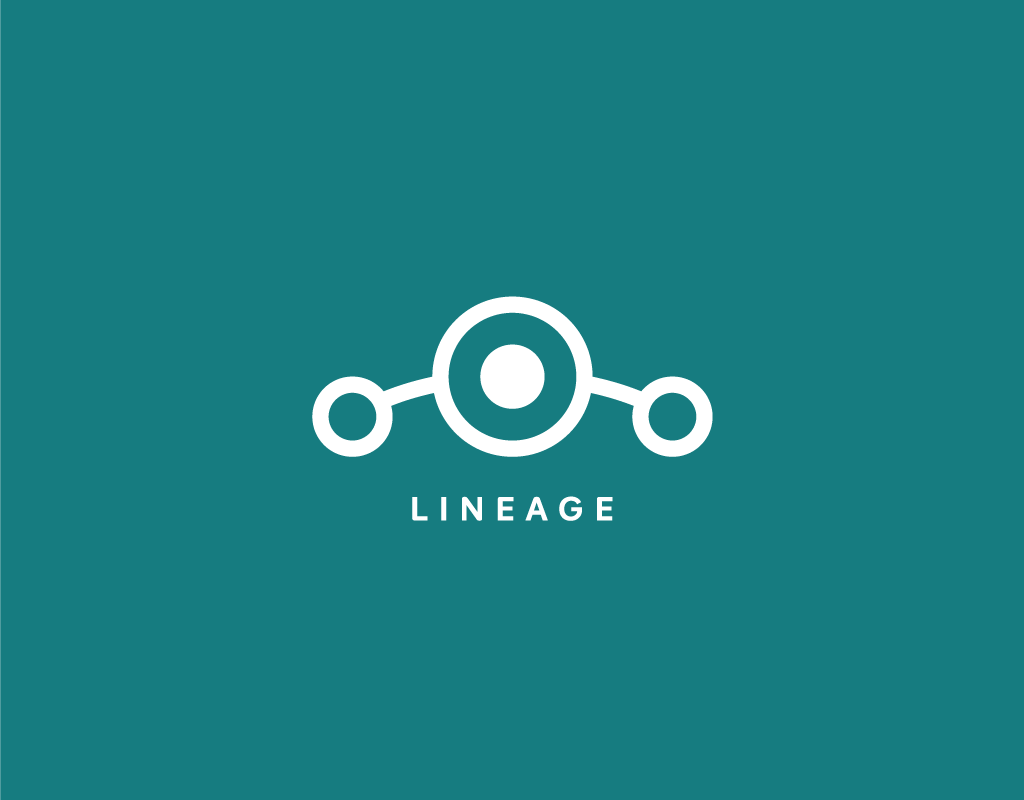 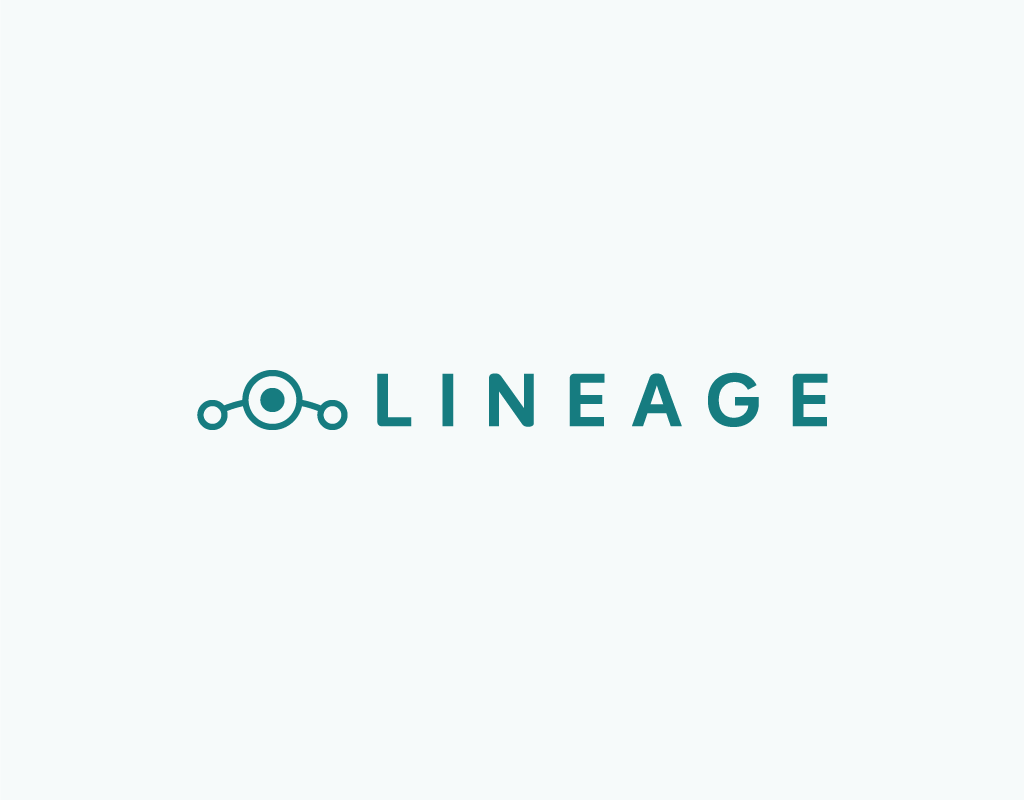 Deconstructing the idea of a timeline, the proposed mark was built with three points - nodes - and two elliptical connectors - bonds - which at a basic level represent the past, present, and future of the project. Its Lineage. At a higher level, the mark represents a connectivity that technology and community are inspired by. 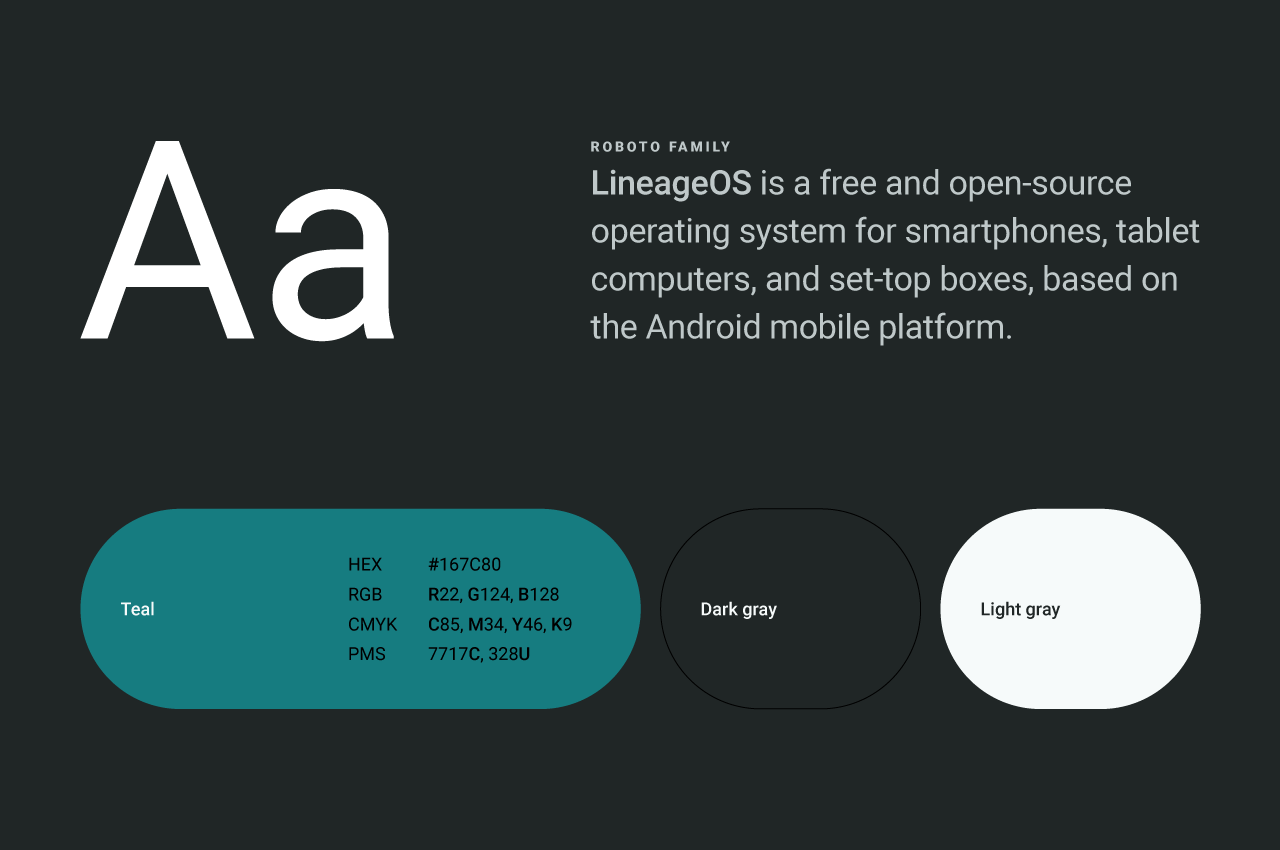 Paired with the mark are the project name set in a tracked out Intelo Bold. Chosen for its strong capitals and subtle curves, Intelo connected visually with the mark while having a retro-future design that hints back at the timeline concept. Color was also inspired by the project’s name. Teal as a hue was chosen as it sits between Android’s green and CyanogenMod’s cyan. The final swatch was inspired by the Sweden-maintained Natural Colour System, an important resource for nordic design across furniture, textile, and hardware design.

I worked with the team to implement the logo in a variety of places around the system, resulting in a new icon set for the operating system, providing guidance for a basic website, and creating a custom boot animation which plays while a phone with Lineage installed starts up. The animation alludes back to the idea of a timeline, using an orbital motion and scale that eventually builds the mark and introduces the type at the loop’s end.

As of Q1 2020, Lineage has 1.7 million active installations worldwide. 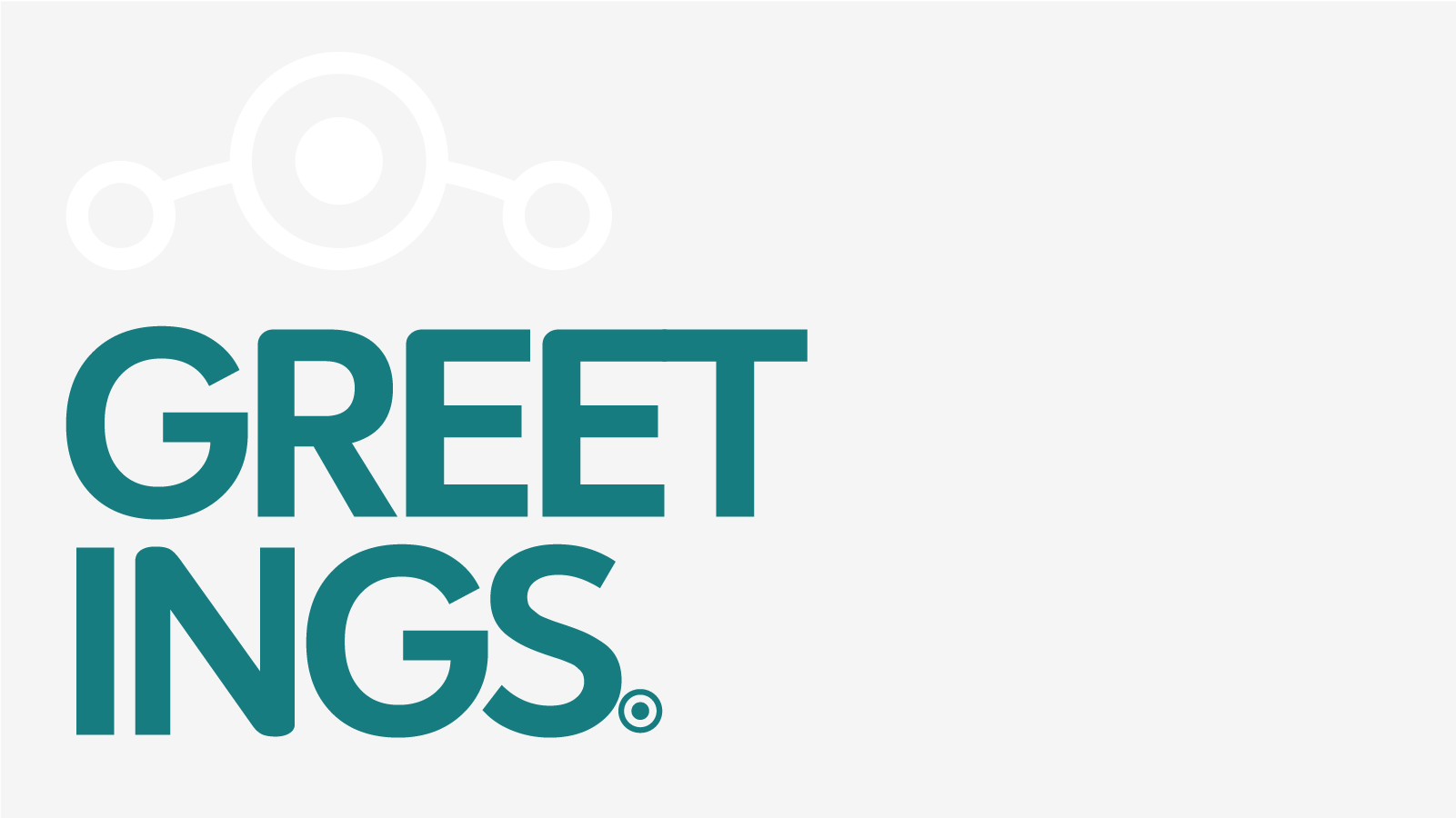 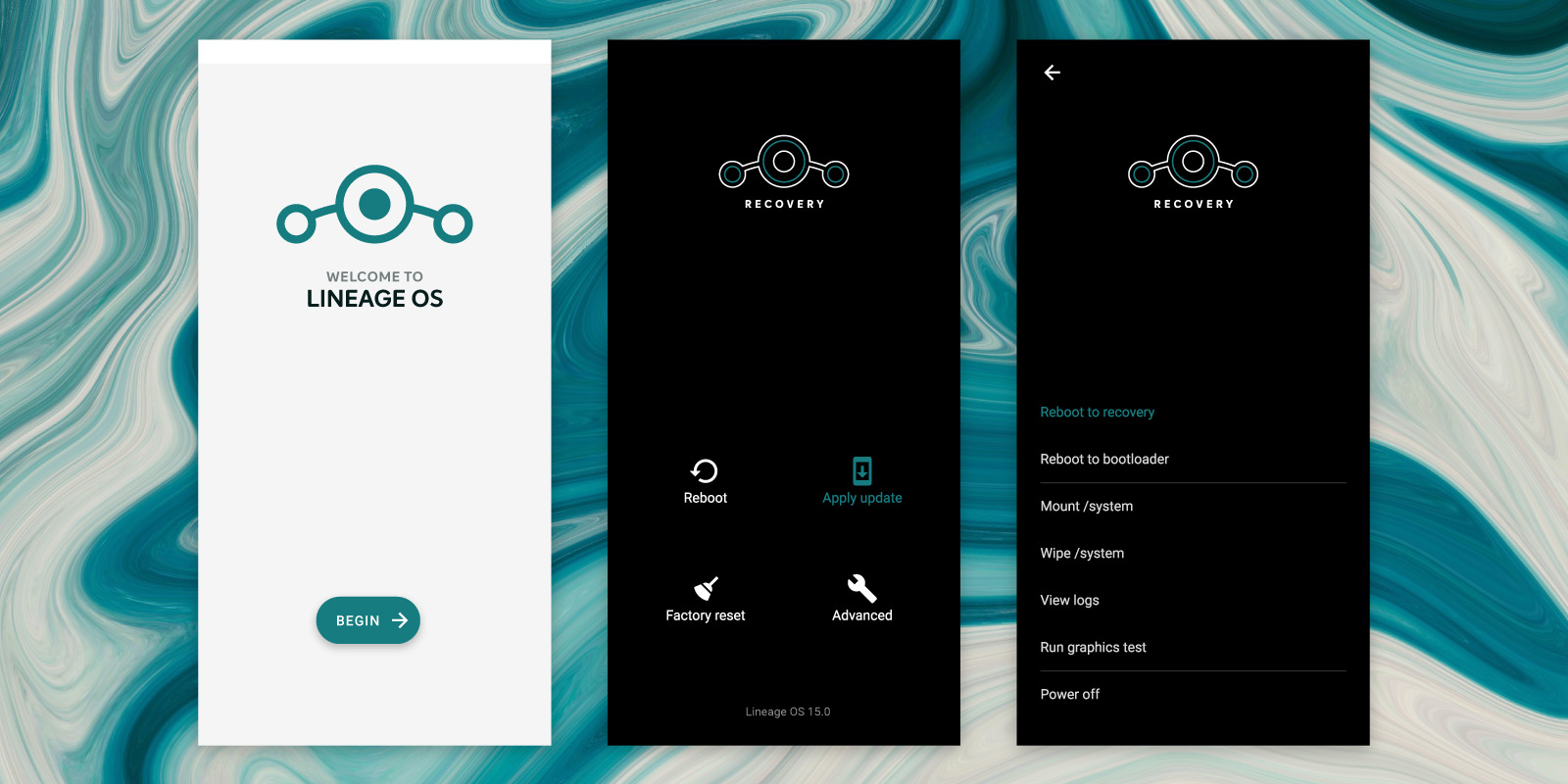 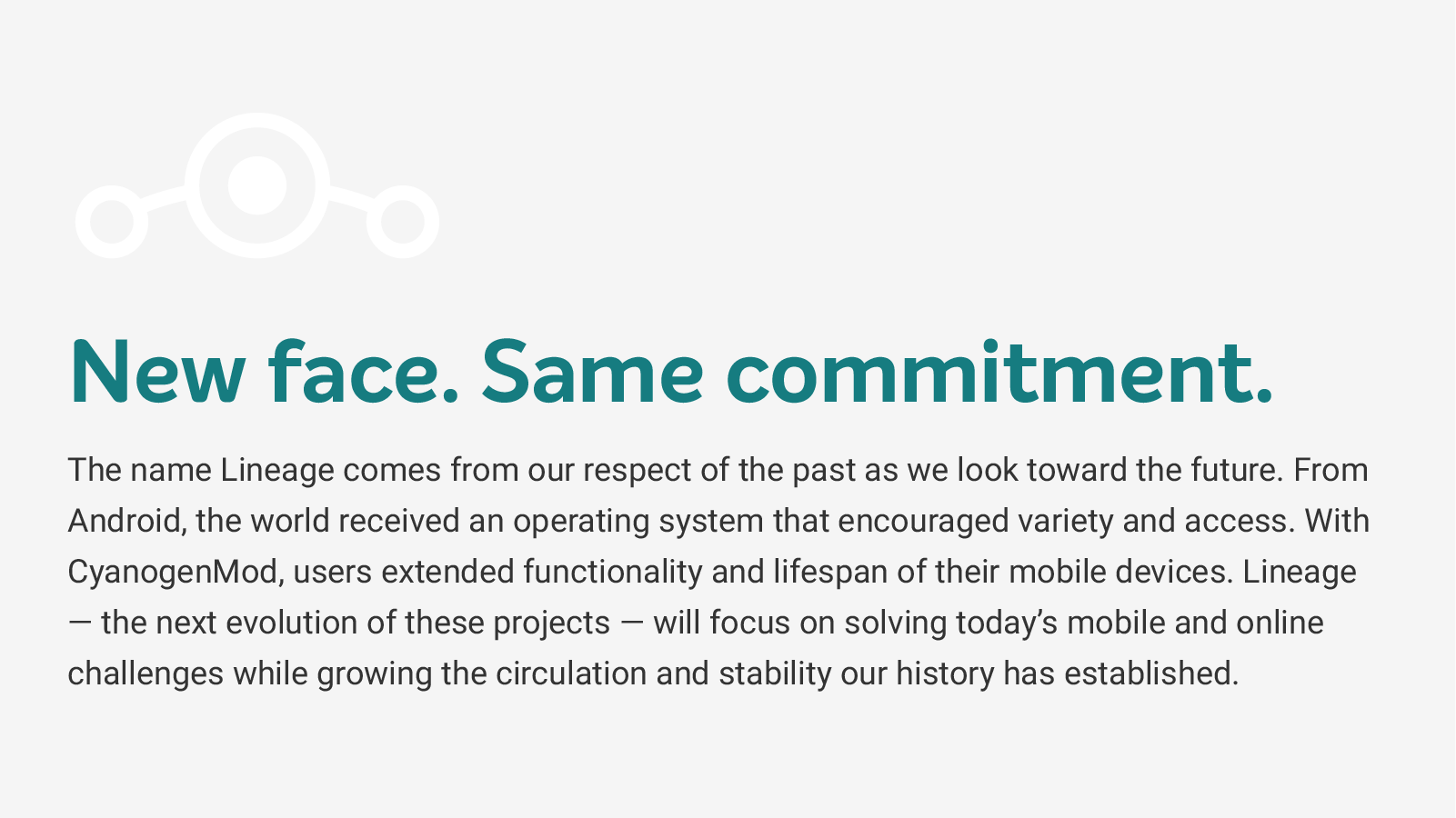