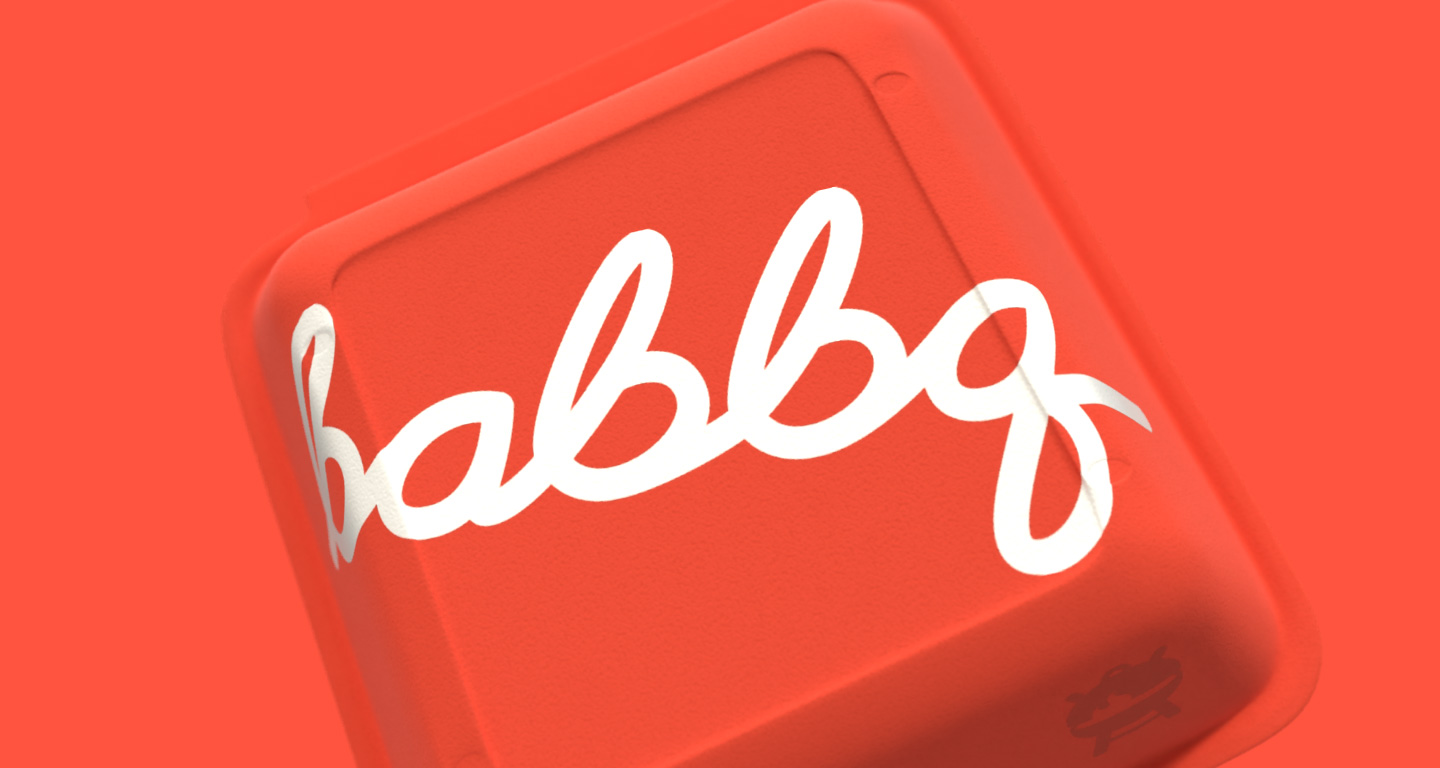 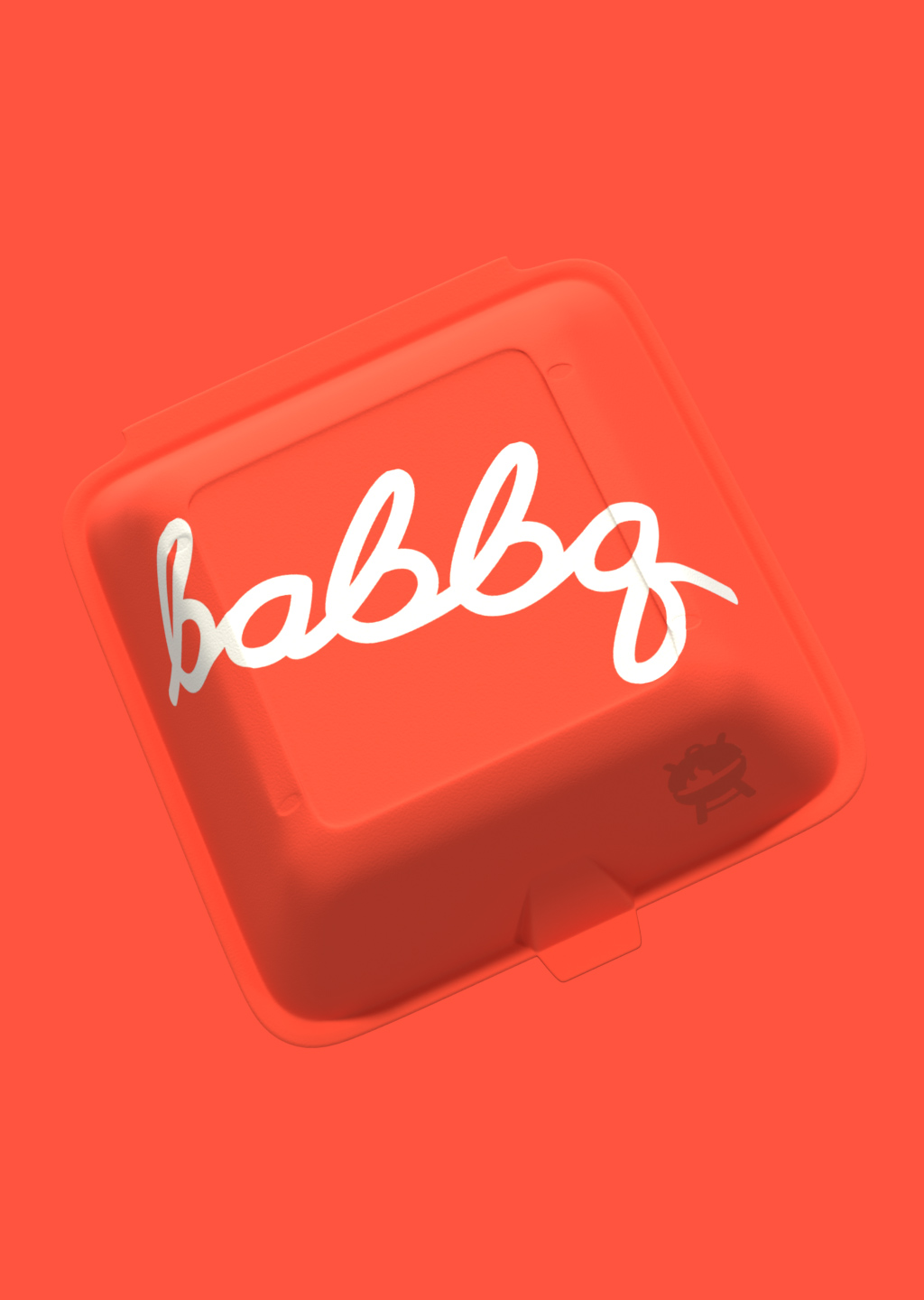 IDEAA hosting its grandest event ever

It began in 2010 with two dozen people attending a geeky backyard cookout. By the end of 2014, the Big Android BBQ (BABBQ) had become the Android community’s Comic-Con: a blend of conference and convention that offered space for hundreds to connect, learn, and play.

The growth of the BABBQ was backed by small sponsorships from a network of engaged hardware vendors, service providers, and other mobile tech groups. This all changed in 2015 when Android’s creator gave us a call.

Google, a fly on the wall in years prior, came to us with a proposal. As part of an effort to engage through smaller events, it offered to become 2015’s presenting sponsor. Google would give us a budget, a cast of speakers, and assistance achieving our goal to fill our Texas location with 1000 attendees.

Leading creative for the team and event, I was charged with building a compelling and consistent vision across our marketing creative and event experience.

The overall theme from this research revealed the concept of the helping hand offered by both the Swappa team and the community to each other.

Before discovery work began, I expanded the creative team to handle the oncoming workload of this event as well as a calendar of others IDEAA was planning. Google also brought in two experience designers from its network to help us craft the physical pieces used on-site.

While getting the team settled, I established the event’s visual direction after mulling over two points. First was that the Big Android BBQ had always gleefully blended its love for food and technology. Second was Google’s own event theme for the year - performance. Together they led me to tap the visual energy of Fast Food. 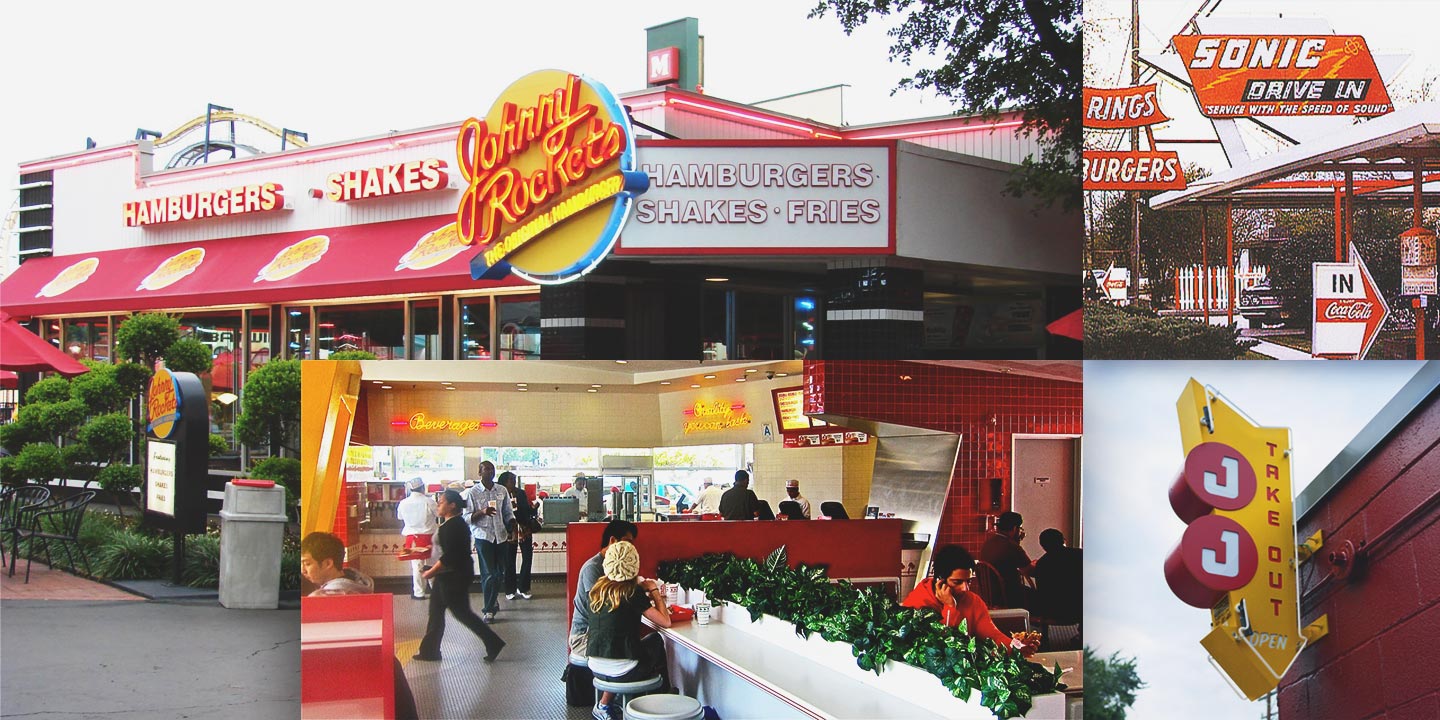 In its idealistic state, fast food offers quick and consistent quality accessible to everyone. With this in mind, the team discussed how fast food’s design could be positive, nostalgic, and aligned with the event. Using the senses as our guides, we thought about all manner of objects found during a visit: eye-catching color, high contrast floors, squishy vinyl stools, white uniforms, and sheet-lined baskets.

Over the next 8 months, many projects were planned and executed by the team. The character we found in classic fast food guided us to pop color and spirited typography. We also expressed speed and community through a slight sense of clutter.

The event logo evolved from tests during the theme discovery process. Inspired by the many road signs we found, it strikes a balance between the theme’s visuals and a usable layout across all the printing and digital placements we’d need. 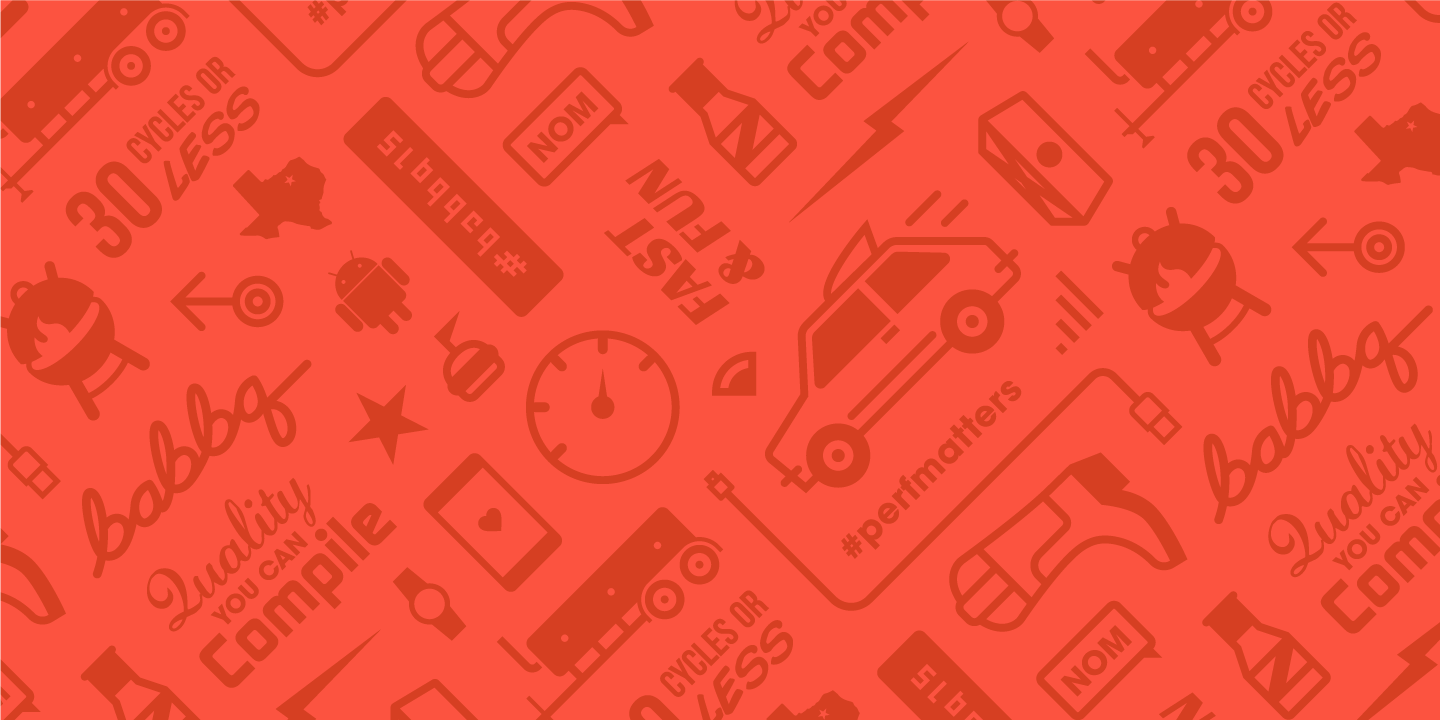 The event website launched initially as a simple landing page. The page was later replaced by a complete website loosely inspired by the busy menus and place mats found in local diners. Users could read about the event, the speakers, and explore a schedule for each day. 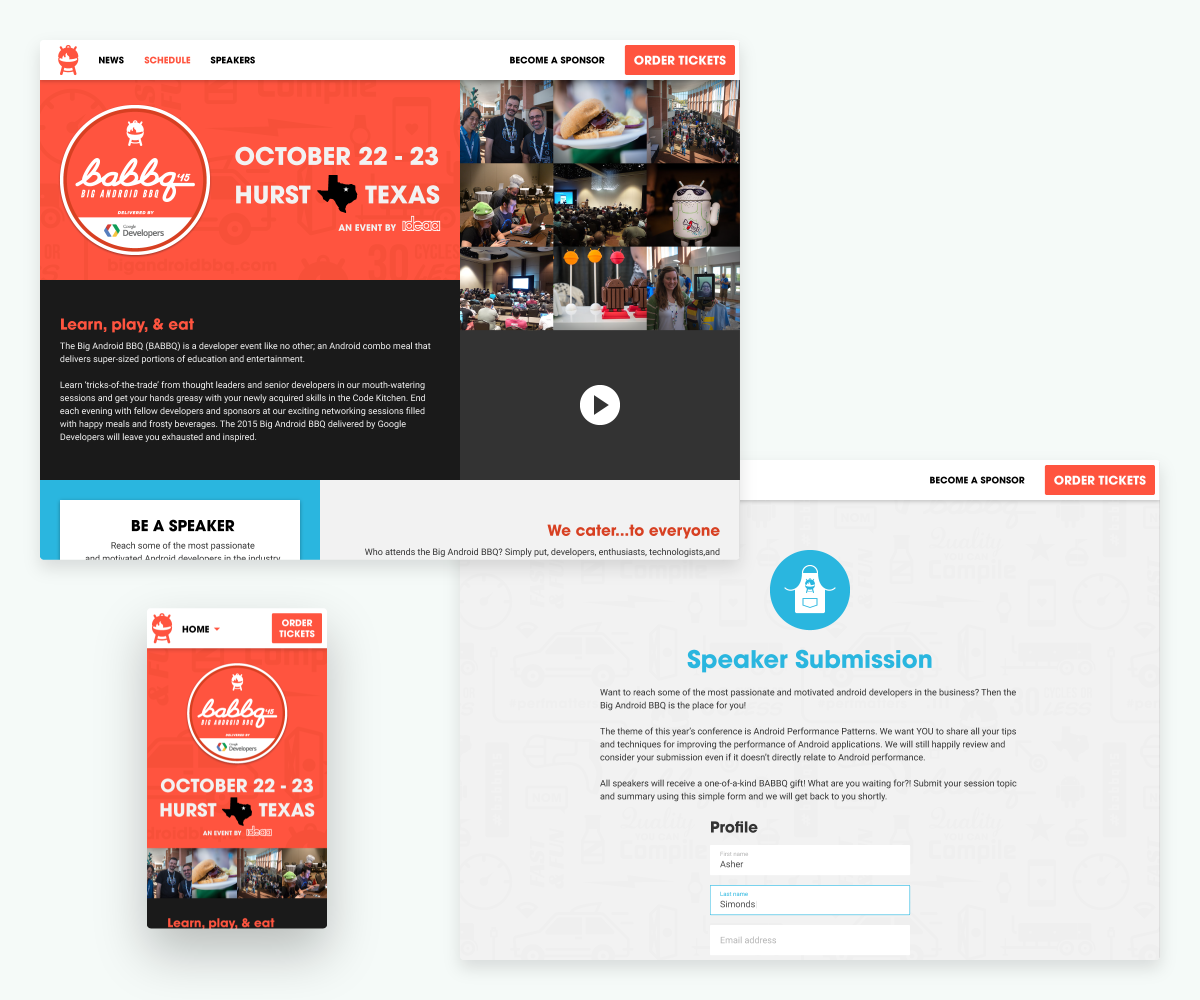 The first phase of IDEAA’s general events app was built as the BABBQ’s dedicated mobile experience. Attendees could build a customized schedule, check in to sessions, complete challenges, and collect friends they’d met over the weekend. 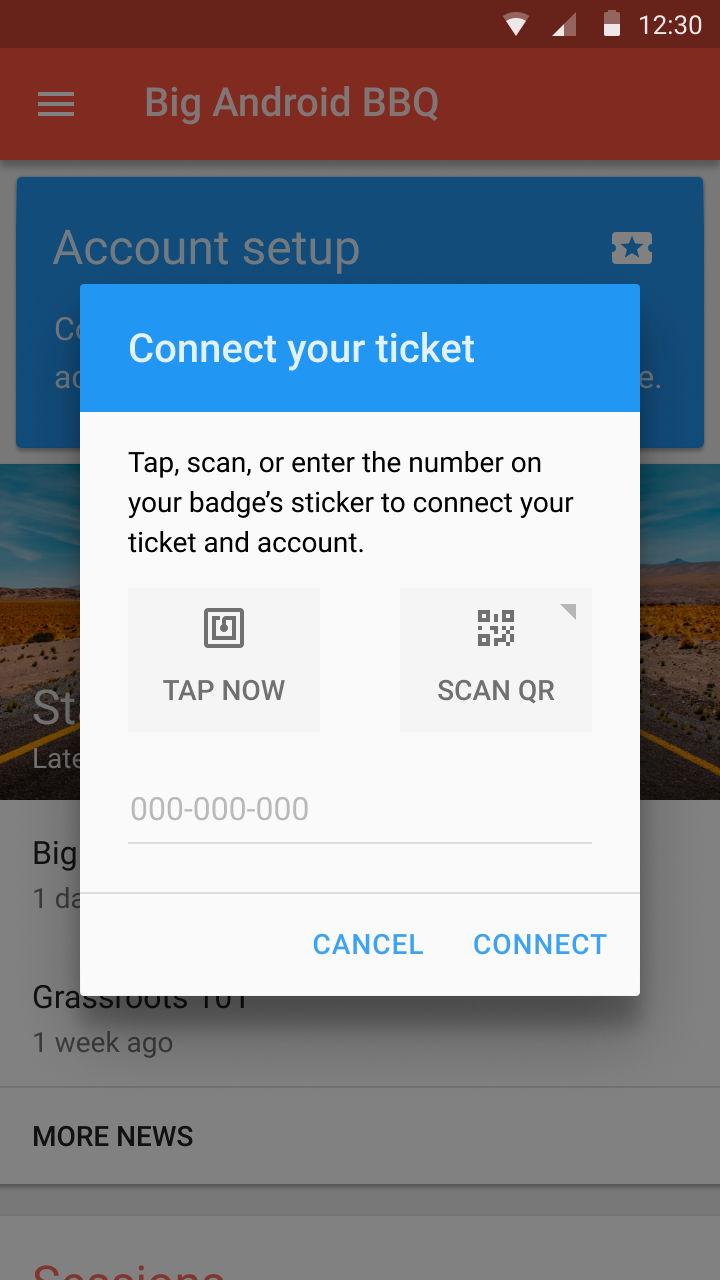 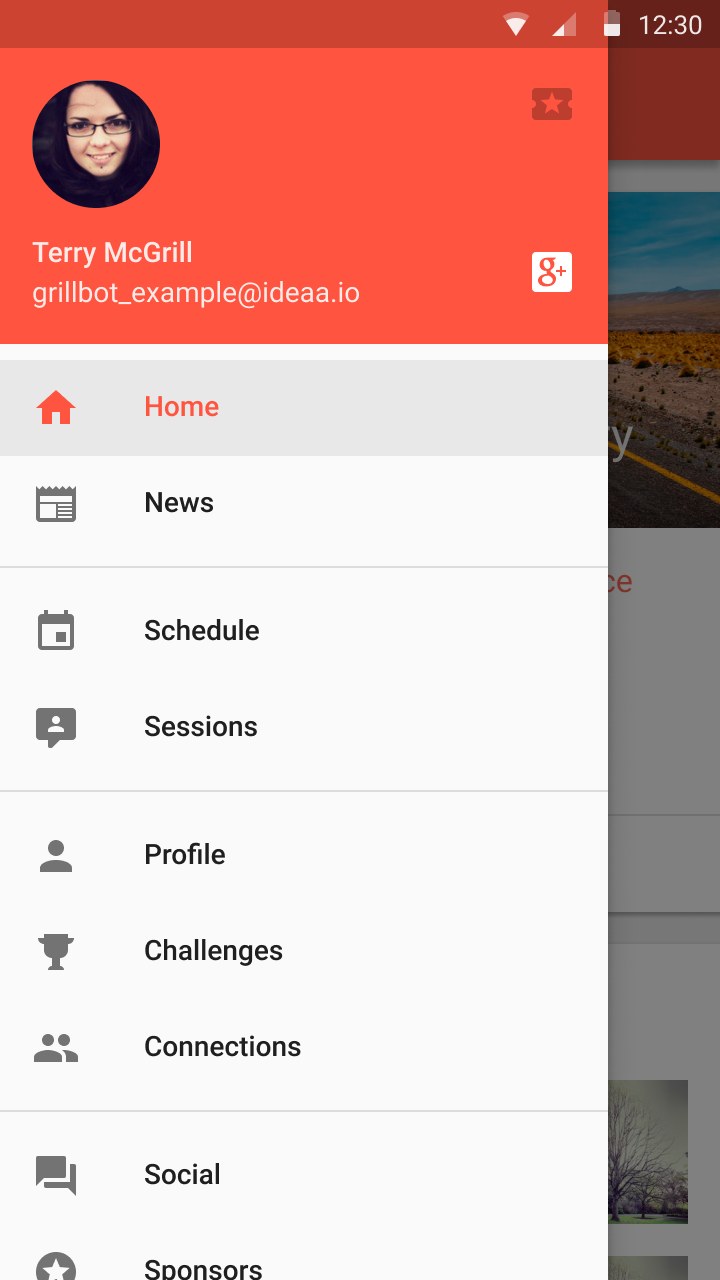 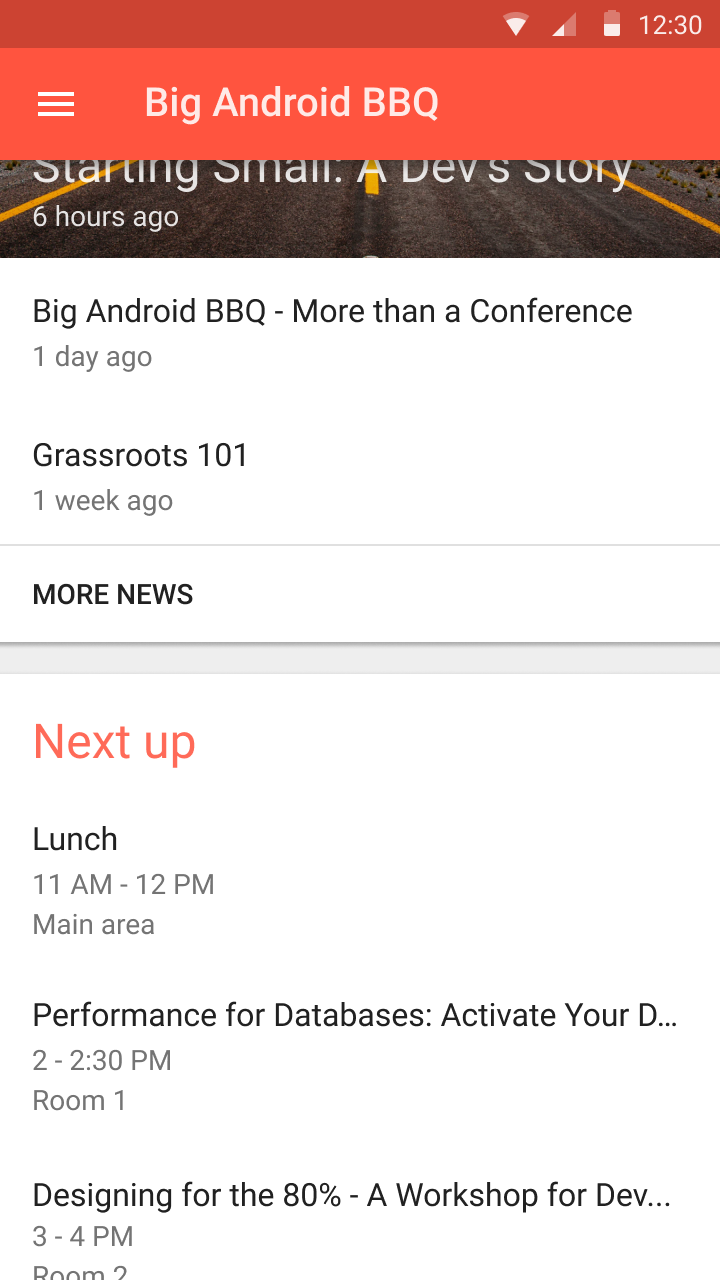 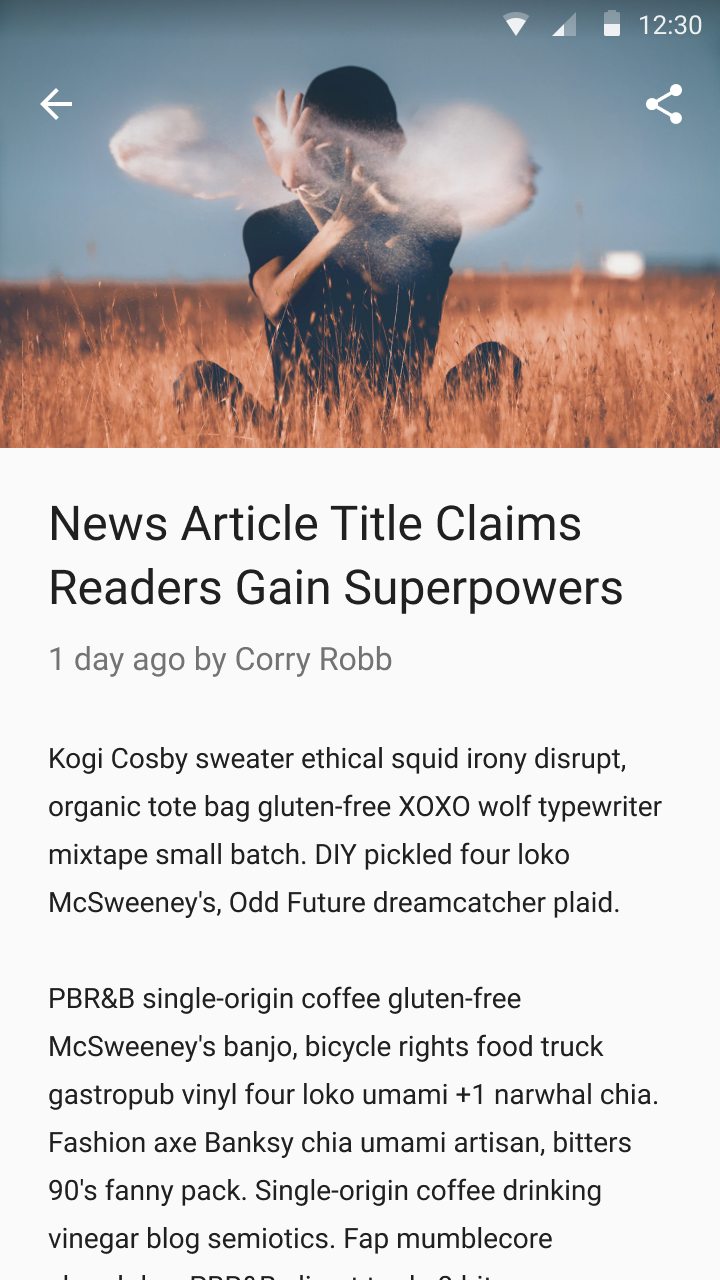 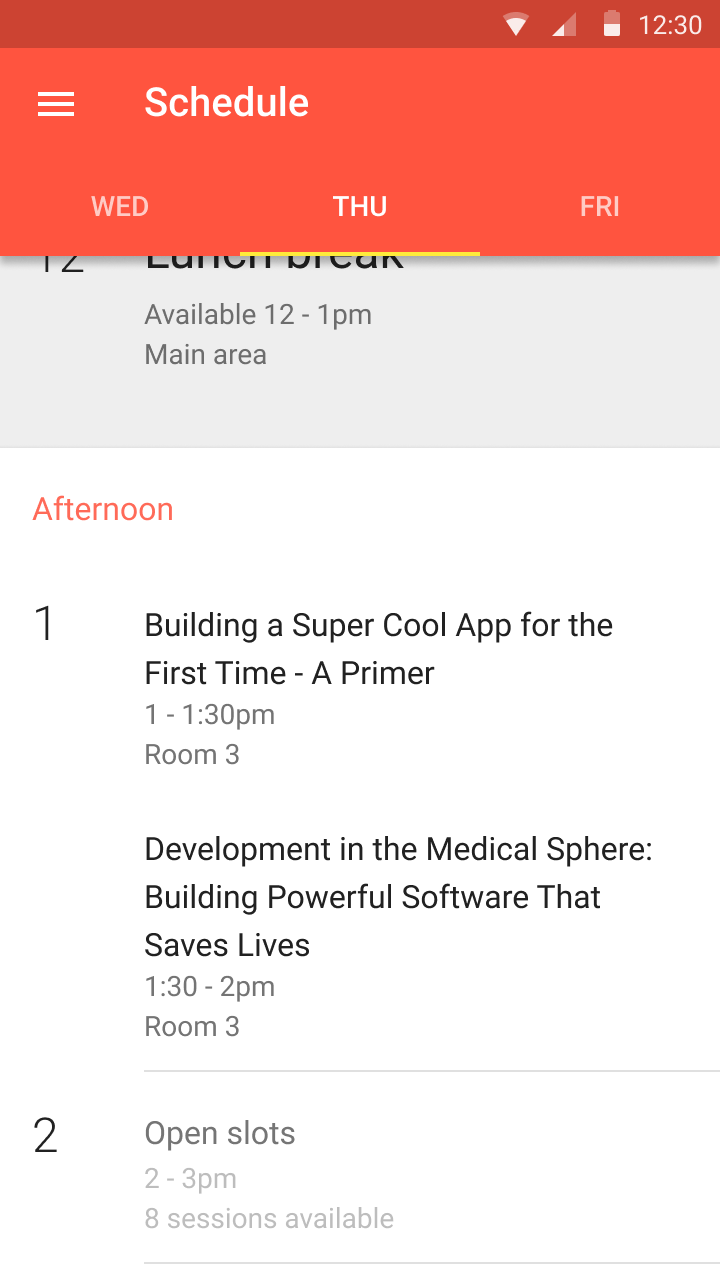 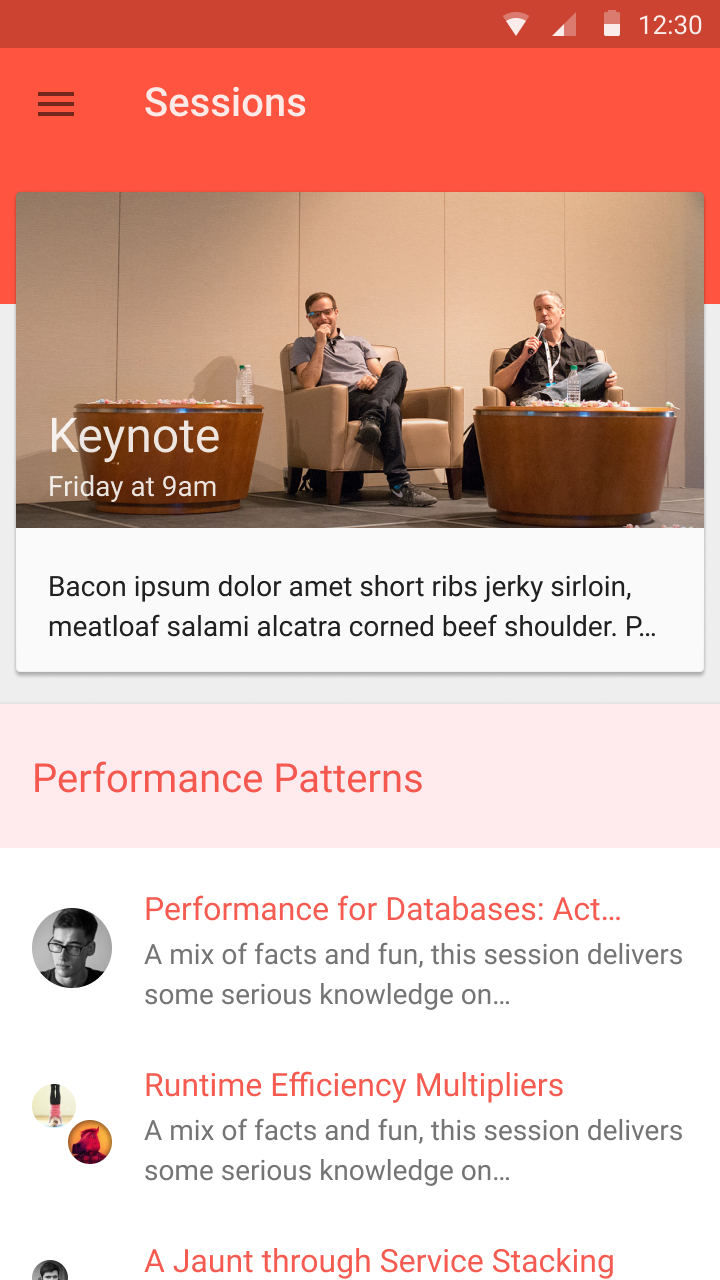 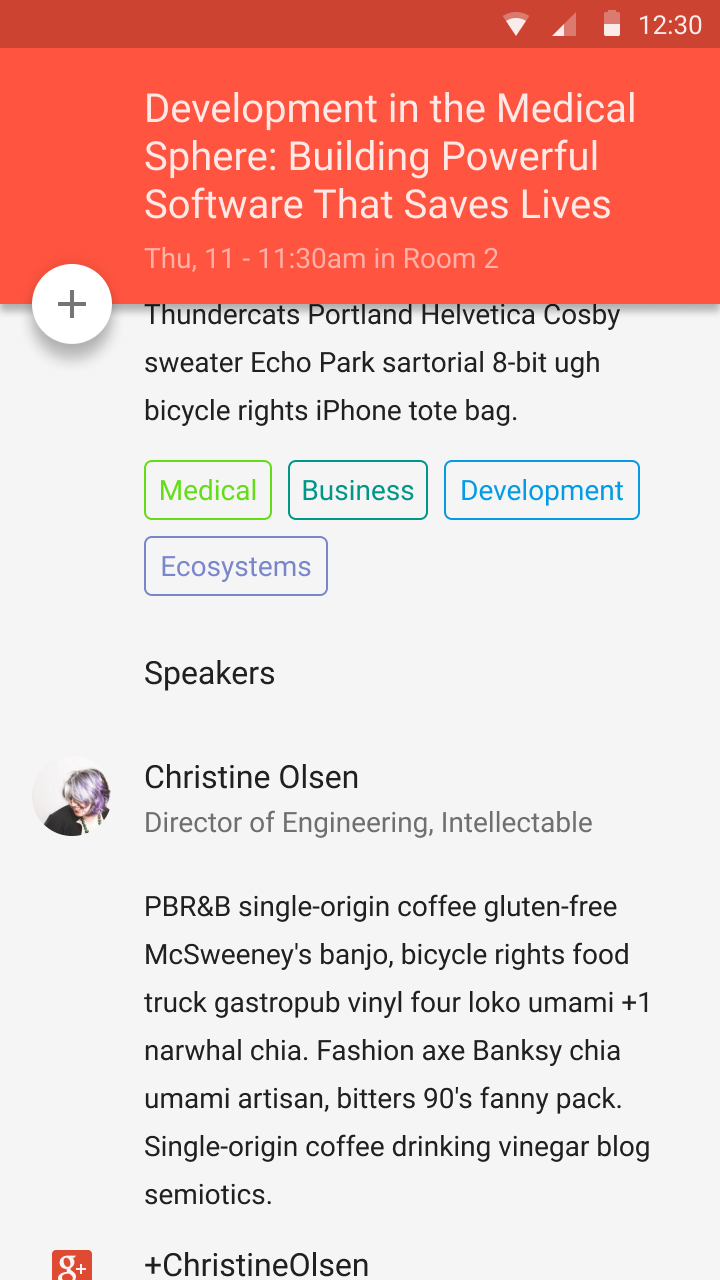 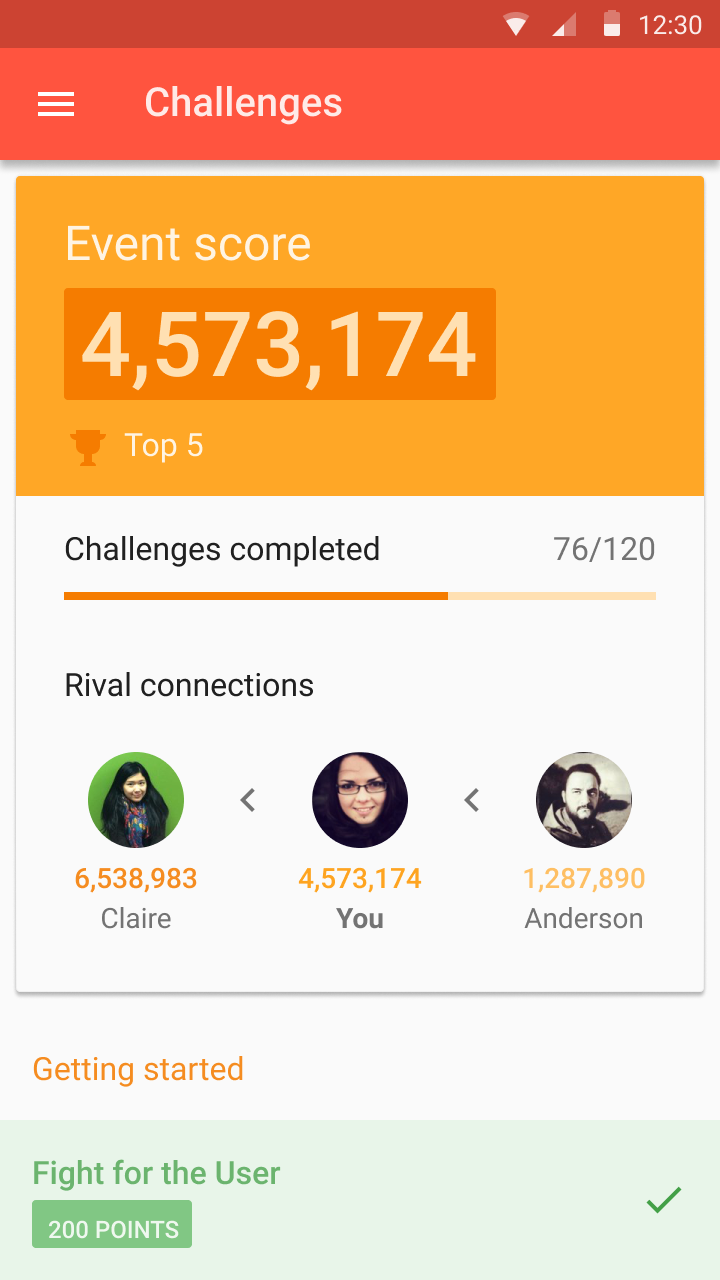 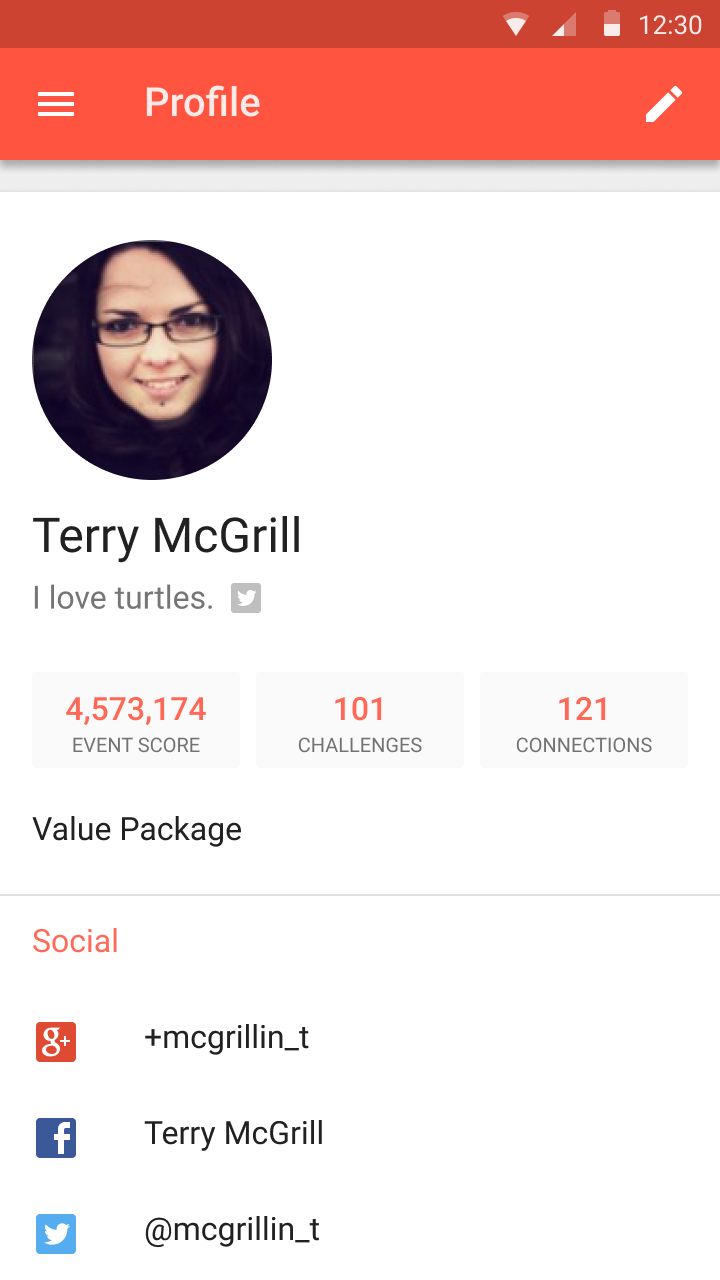 I met Google’s experience designers in Dallas early on to survey the venue, brainstorm ideas, and build an initial timeline for construction. Some placements on the floor would be created through graphics only, such as scheduling and wayfinding. Others, like the main stage and information booth, were built and decorated with the theme in mind. 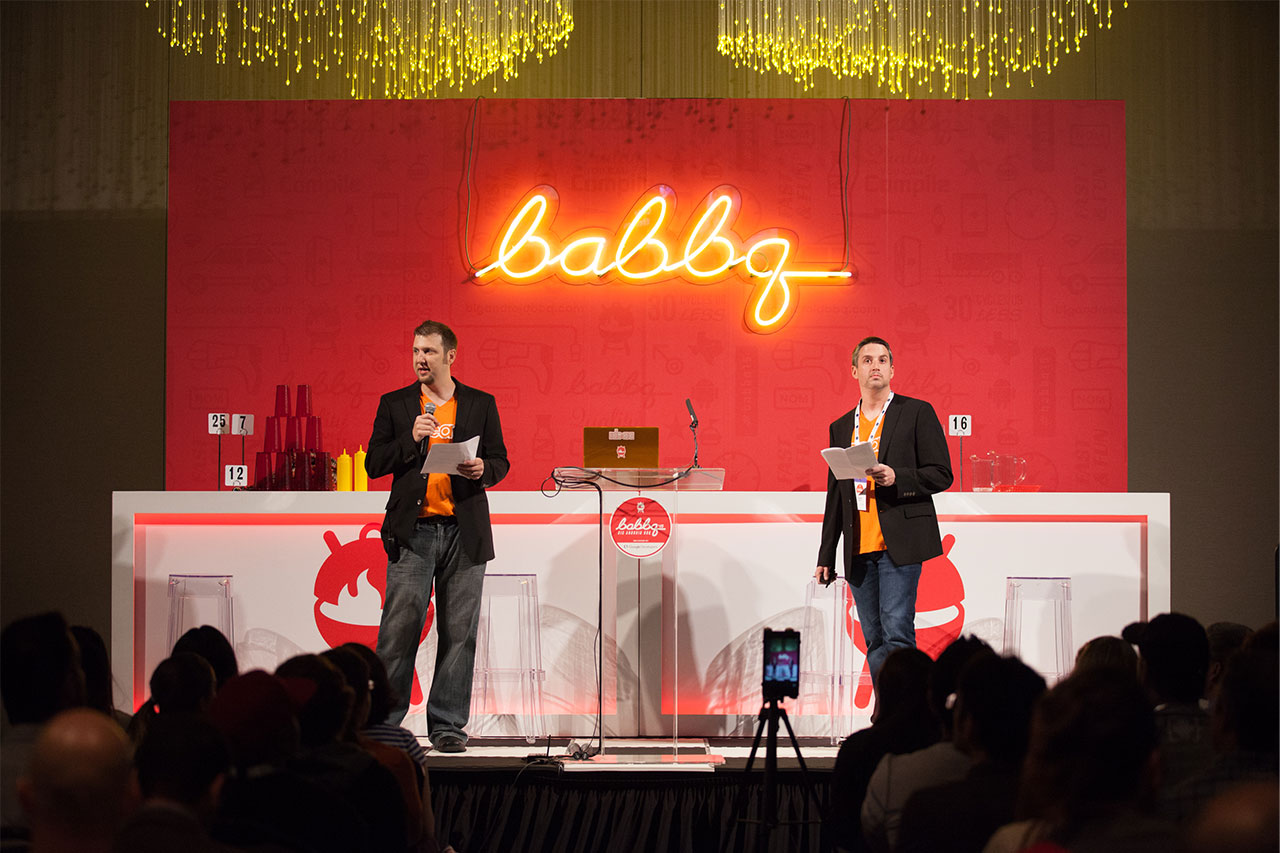 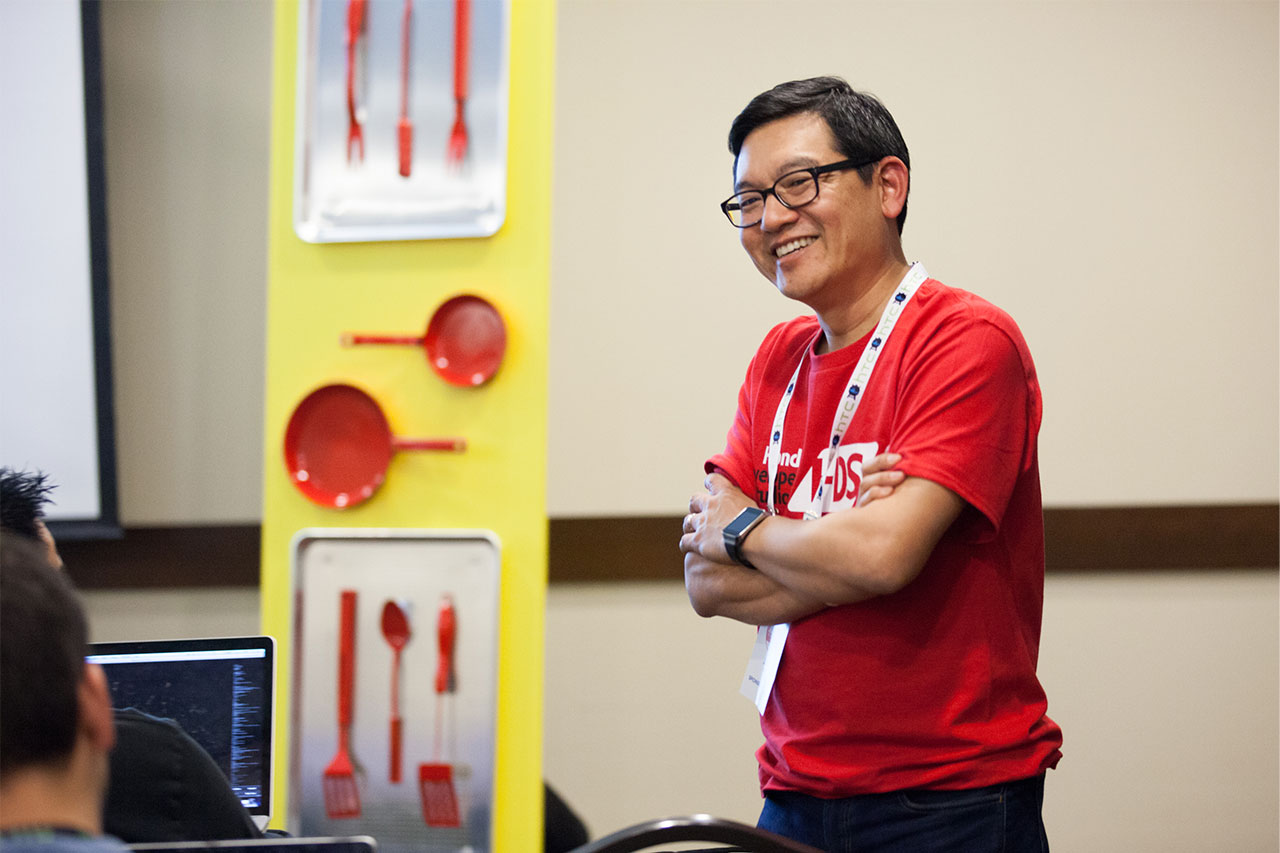 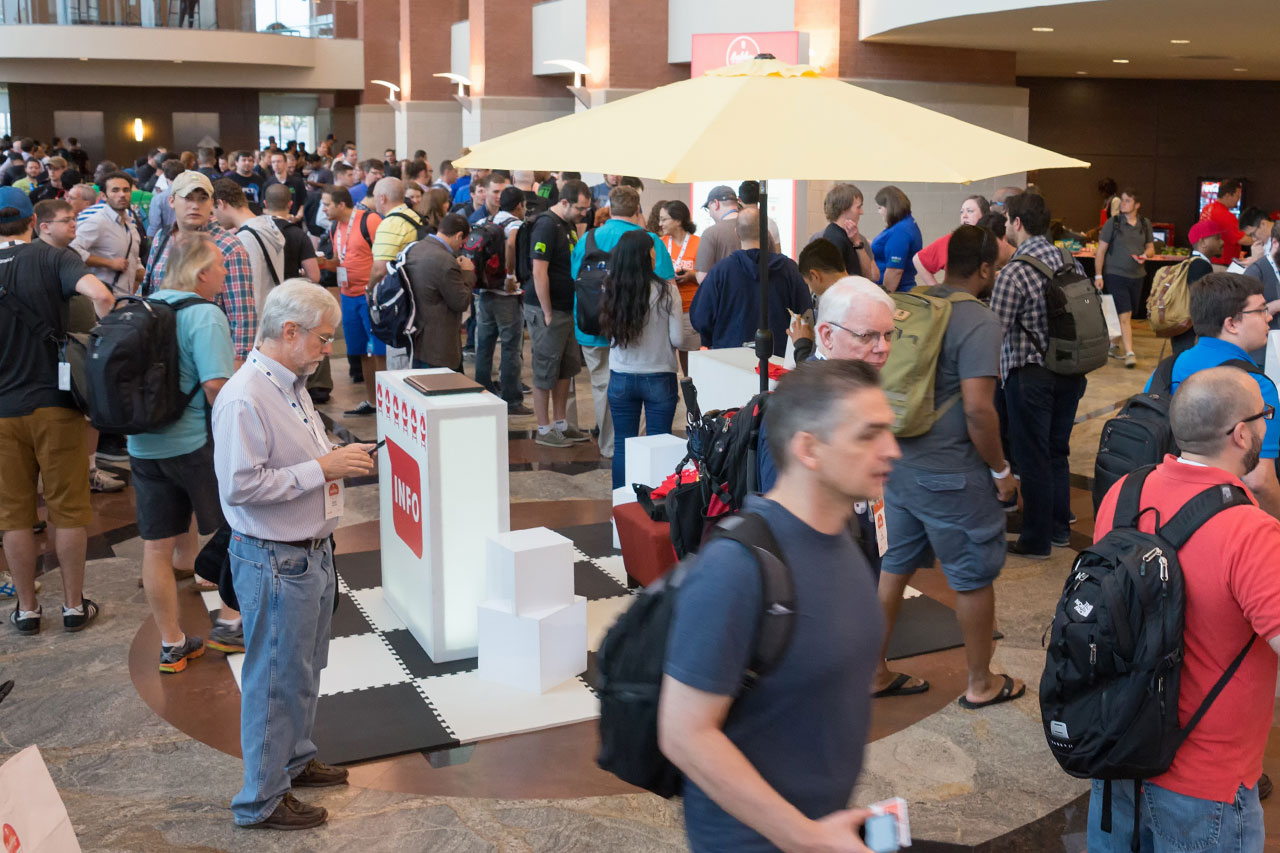 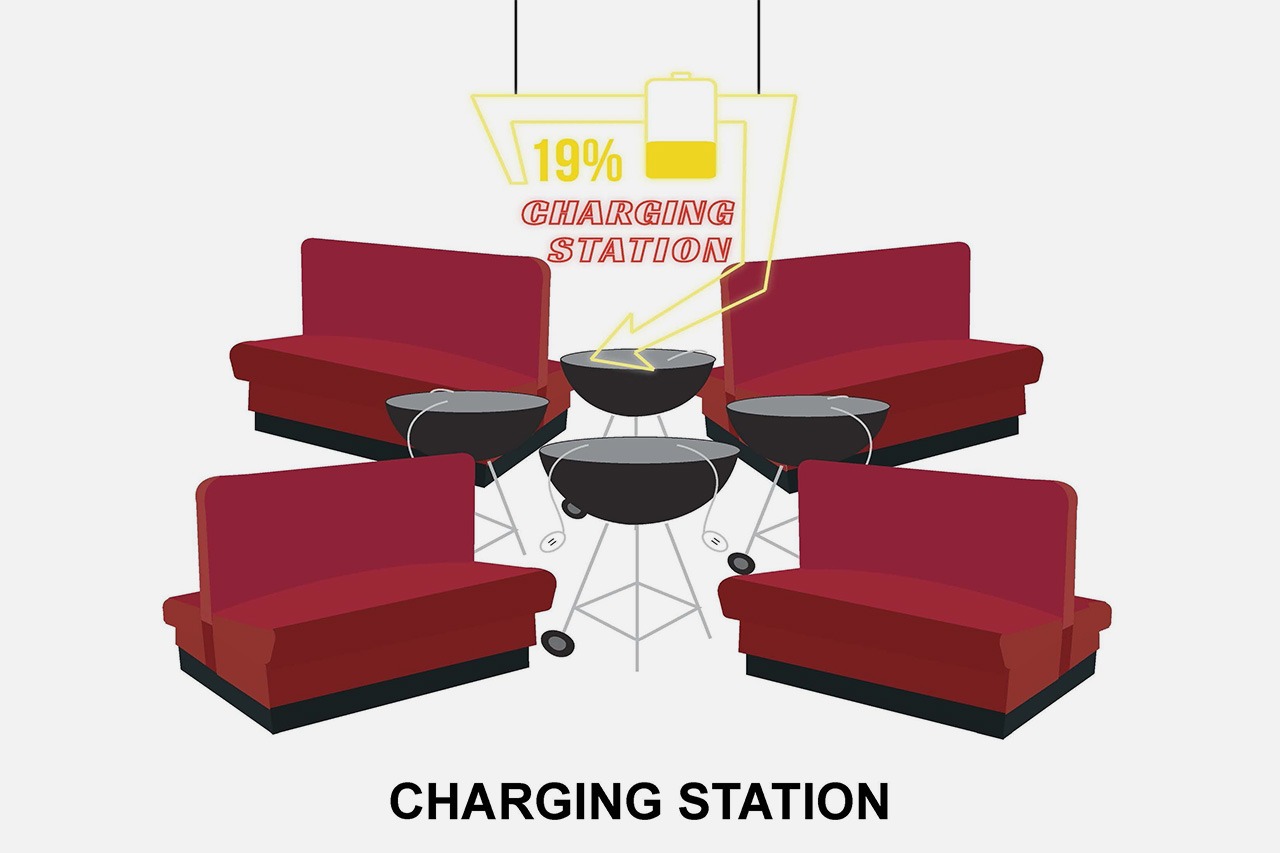 If there’s one thing the Big Android BBQ might be known for (after on-site BBQ), it was the sheer load of swag attendees leave with. 2015 was no different, and we created all manner of work celebrating the event, Android, and fan service for longtime event-goers. 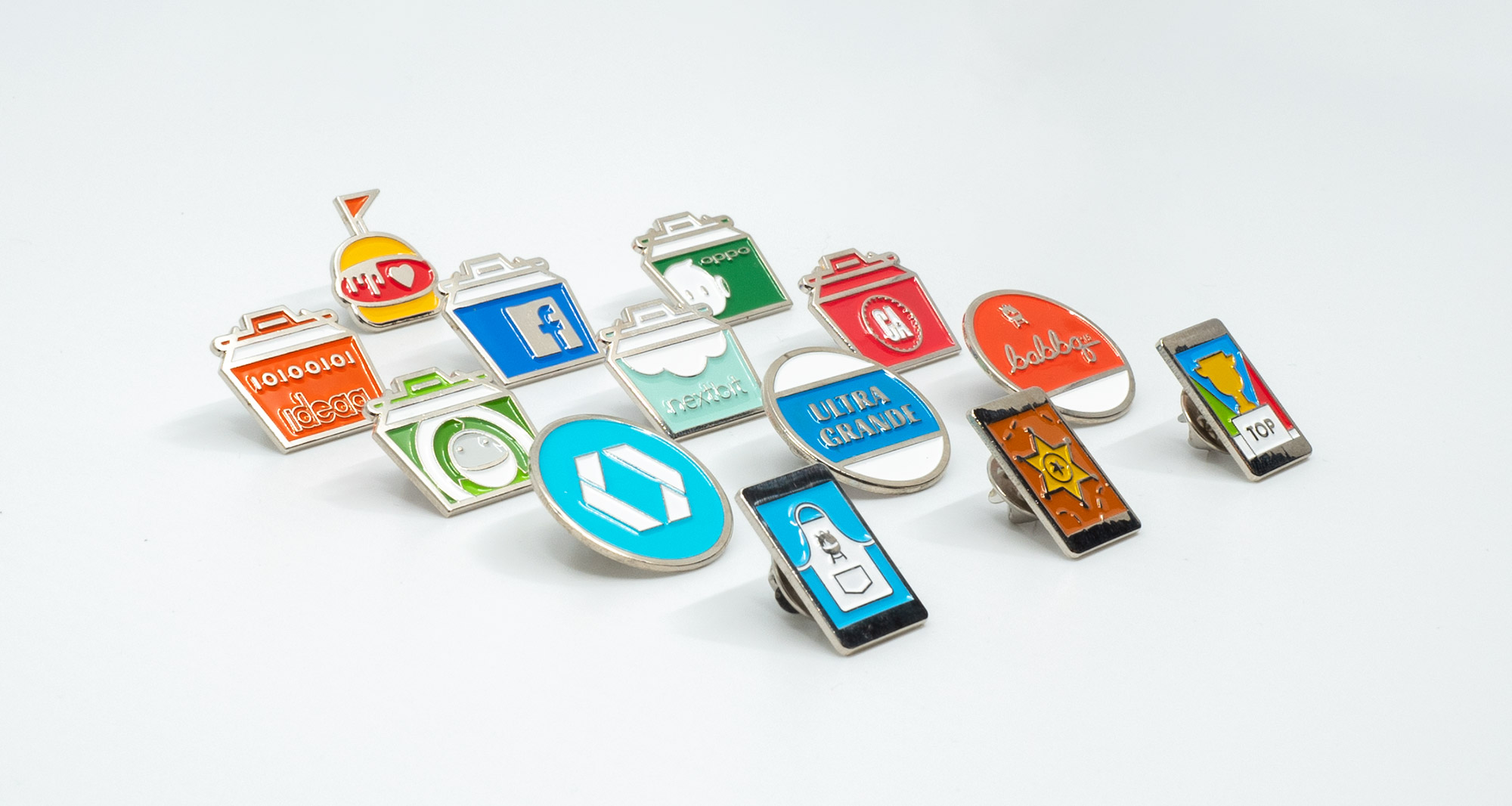 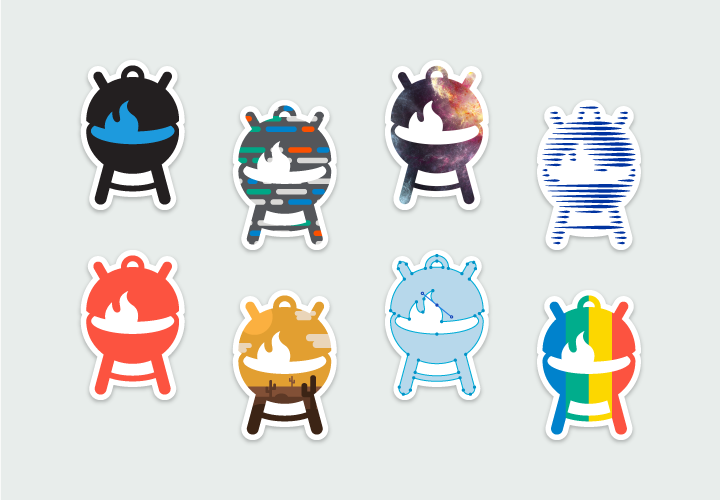 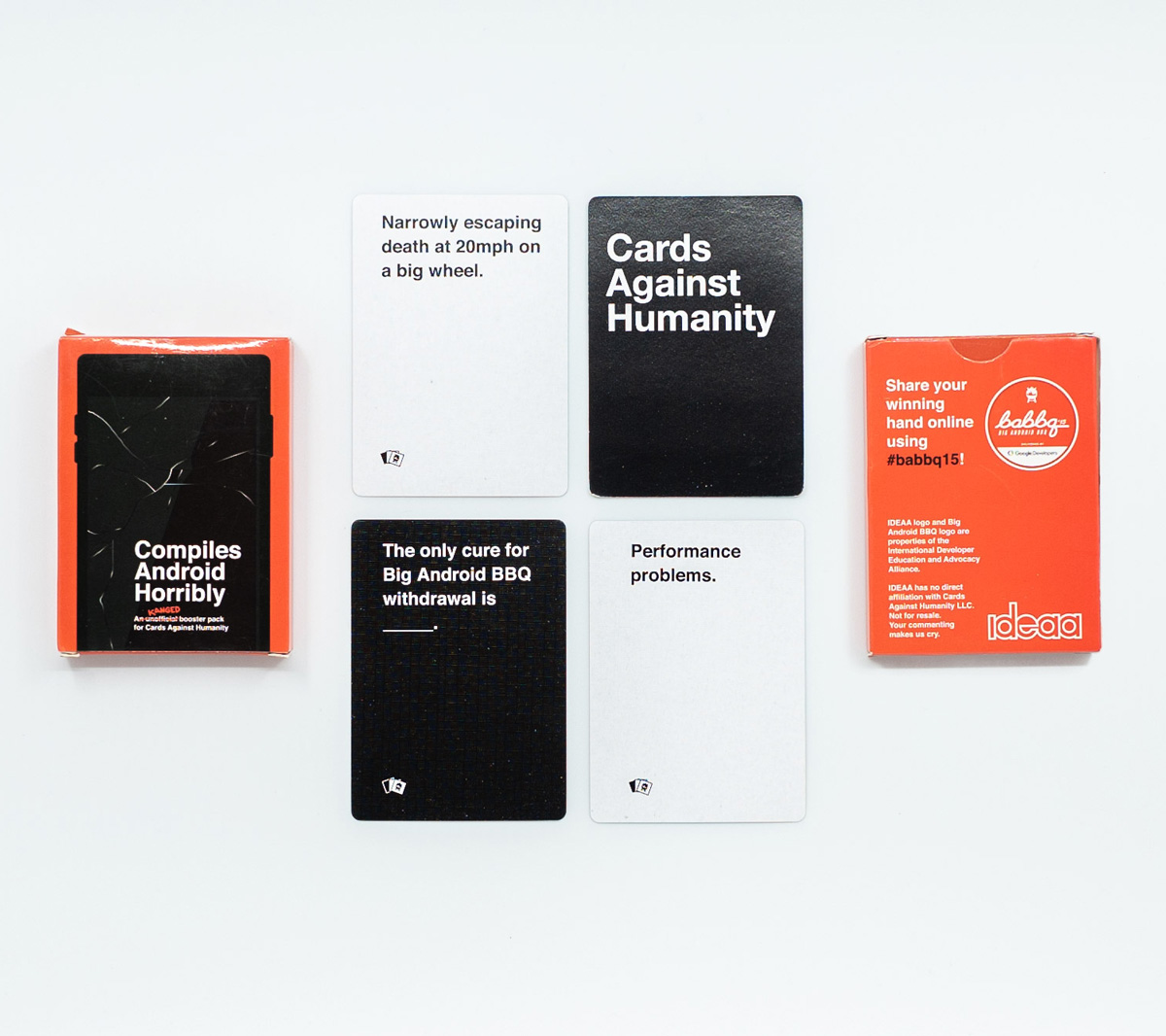 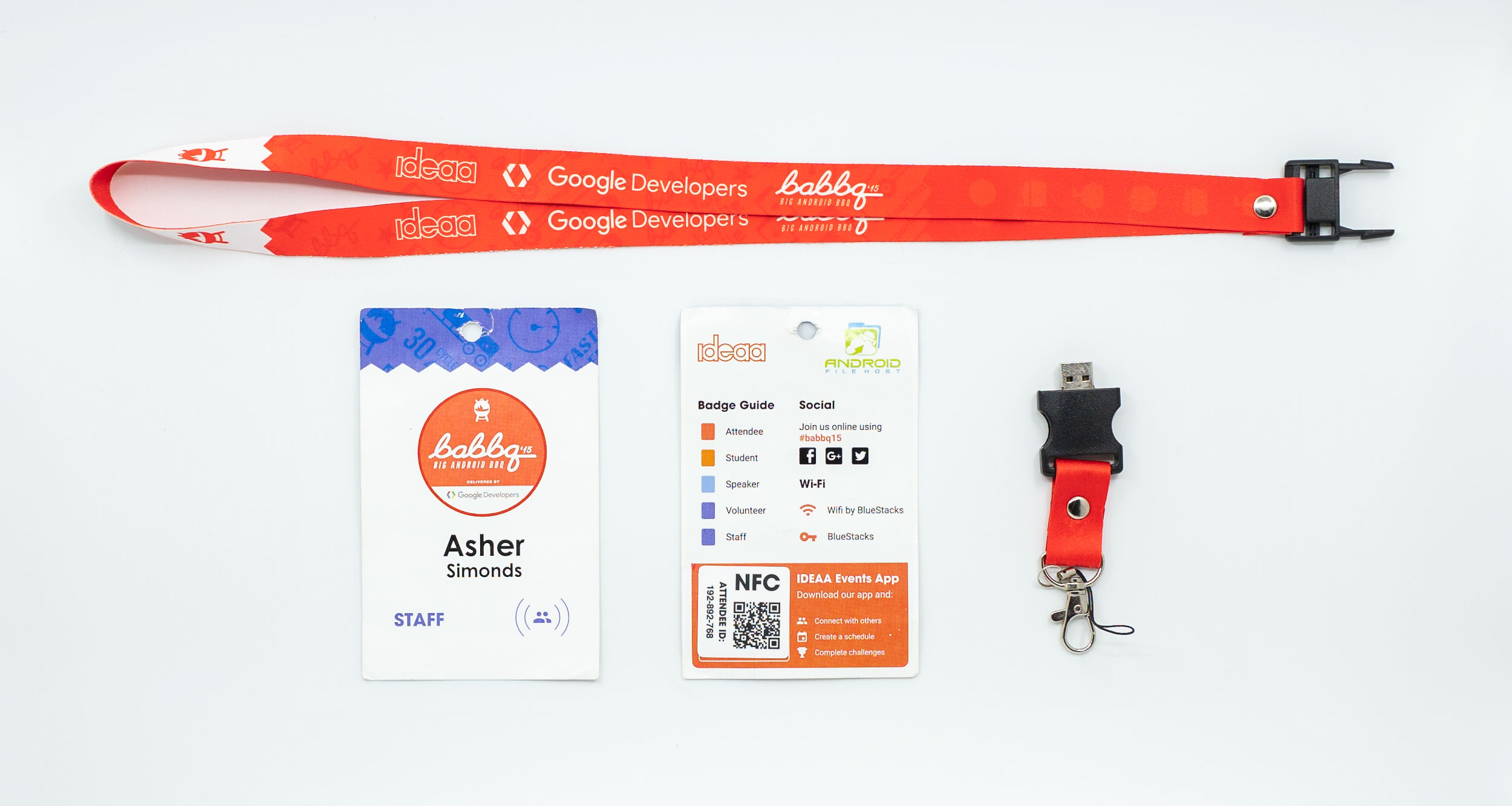 Examples of swag offered to attendees

Attendees were introduced to the theme at the registration booth. From there they explored the booths and caught sessions throughout the day. A hand-drawn schedule was created for easy reference, inspired by a diner’s daily specials. Digital scoreboards on TVs highlighted the efforts of attendees completing challenges in the event app. 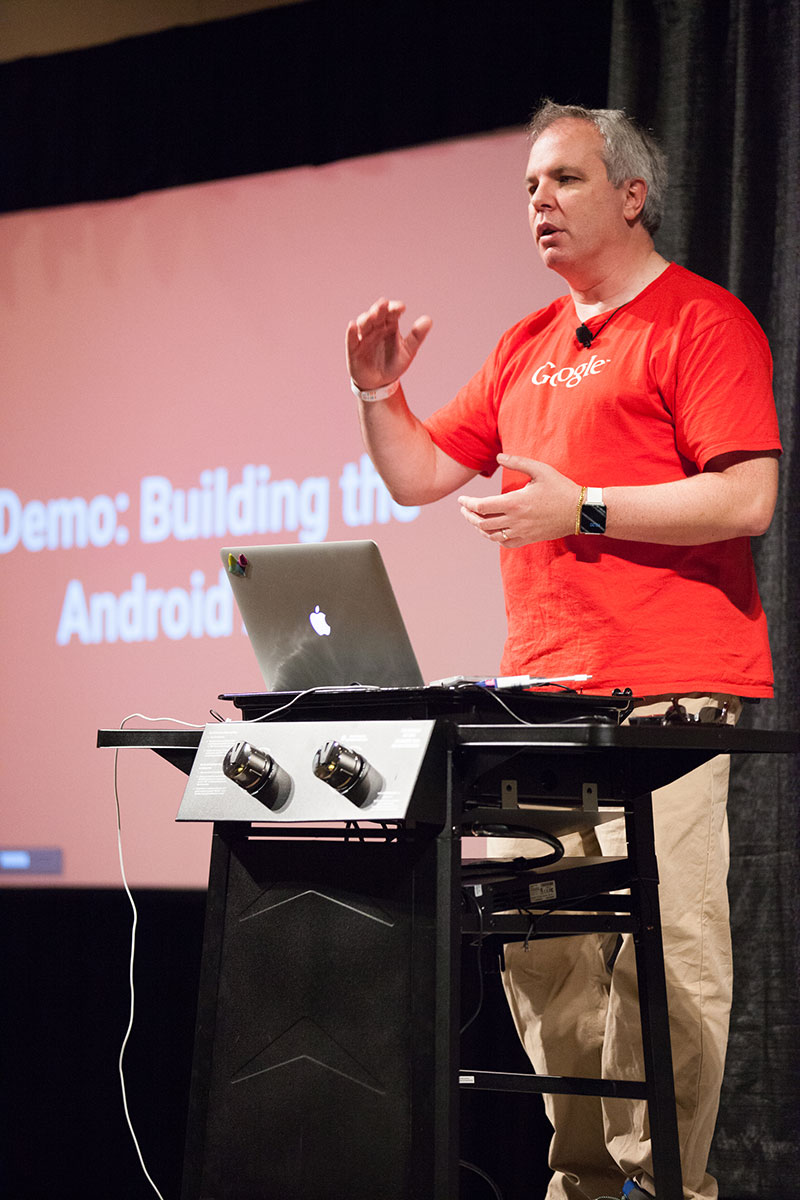 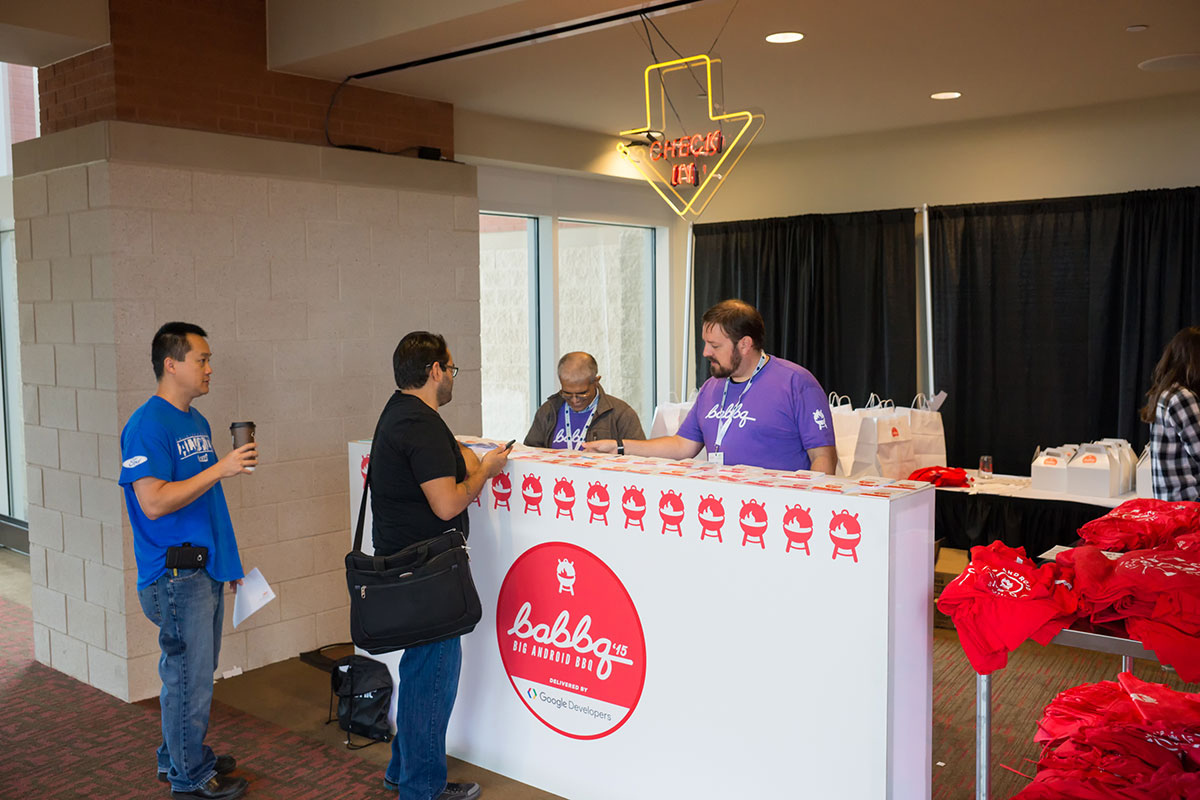 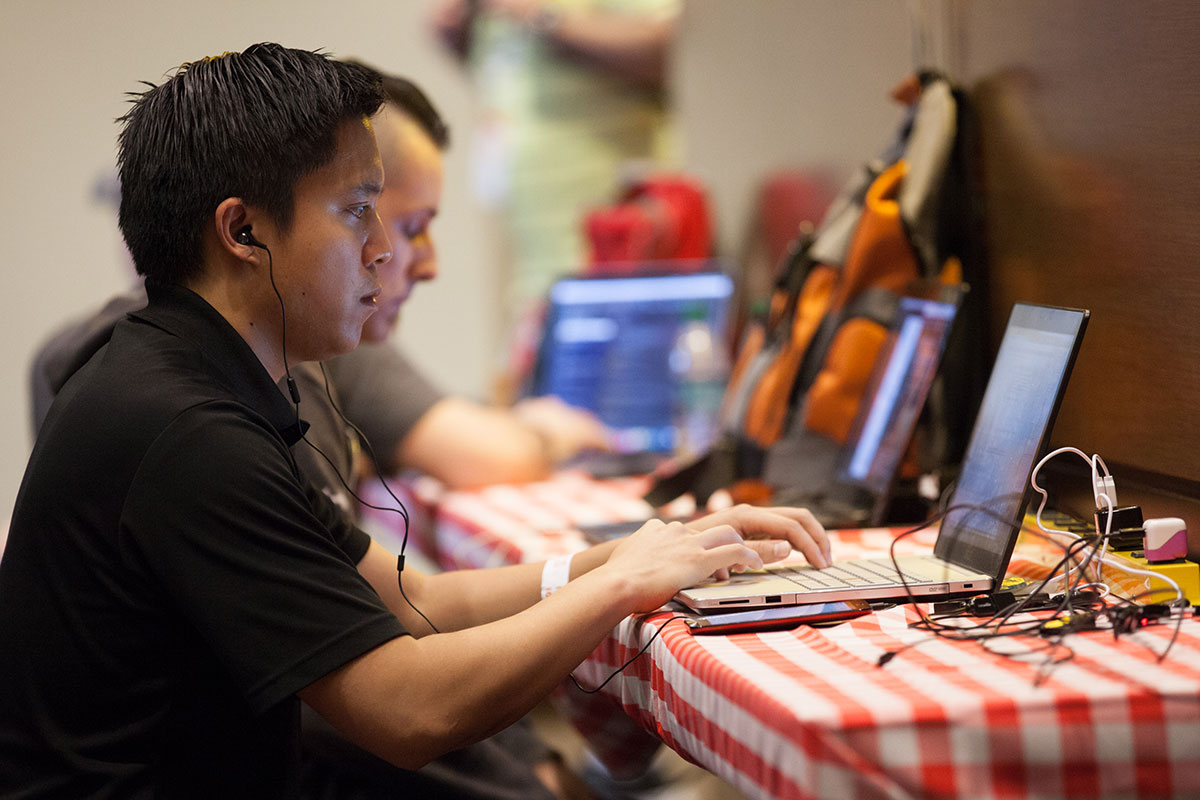 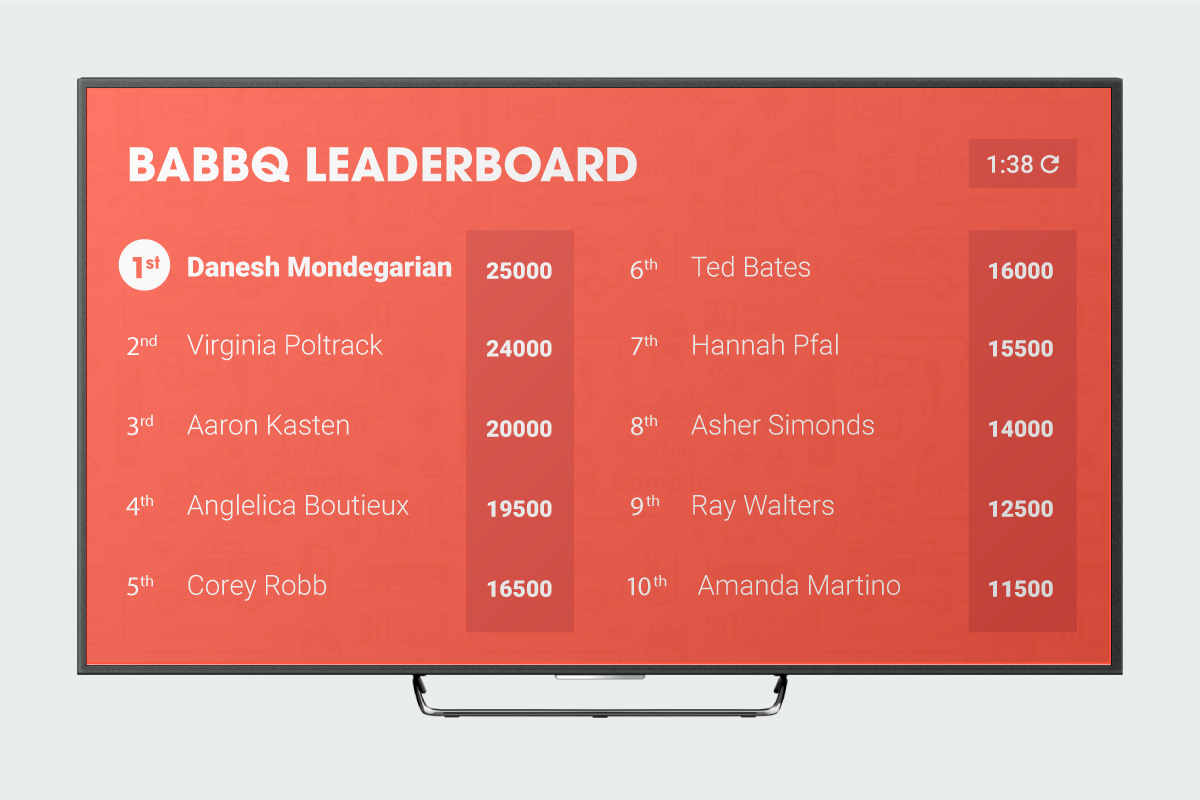 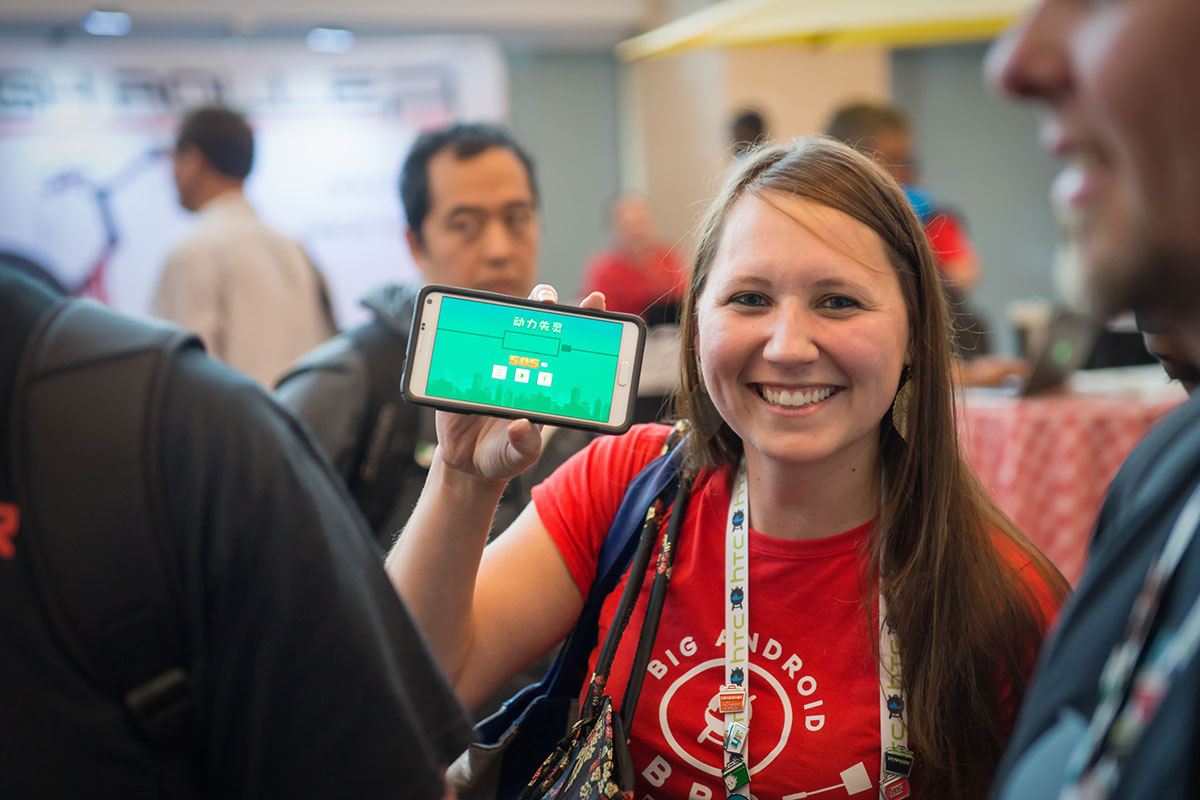 The Big Android BBQ closed the event near its goal by attracting 950 attendees, just shy of our goal. Newcomers and veterans told us the involvement with Google was a big draw, but the experience and activities on the ground were why they will returning to Dallas next year.

Looking back, I’m still proud of what the team accomplished. The website design was likely too complex for its own merit - reducing and focusing would’ve lowered dev time and potentially increased ticket sales. But considering the remote volunteer staff, small budget, and location, the output blue everyone away and made a lasting impression on our community.

Credit to my team: